Lihat Foto
A file photo of four Indonesian crew members who were being held hostage by Abu Sayyaf terror group in the Philippines arrived the Halim Perdanakusuma Airport in Jakarta and welcomed by Foreign Affairs Minister Retno Marsudi (left) on Friday, May 13, 2016. KOMPAS IMAGES/KRISTIANTO PURNOMO(KOMPAS.com/KRISTIANTO PURNOMO) 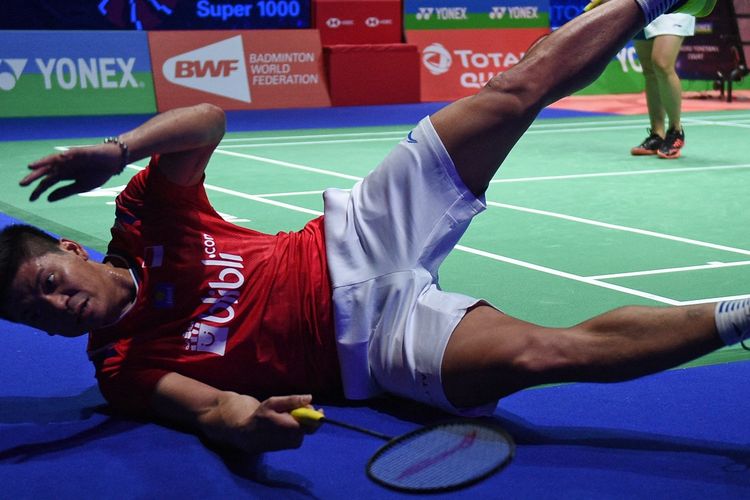 Facilitated independently by the Indonesian Embassy in London, the tests were administered by the Badminton Association of Indonesia (PBSI) doctor. The sample was then taken to a laboratory in Birmingham and the results showed that the entire Indonesian shuttlers and officials tested negative for Covid-19.

The shuttlers and officials are scheduled to arrive in Jakarta Monday, March 23 at 6 pm local time. Halim Perdanakusuma Airport in Jakarta has been temporarily closed after a 737-500 Trigana Air cargo plane skidded off a runway on Saturday, March 20.

The airport will remain closed for civilian flights for 24 hours until Sunday, March 21. Hence, all commercial flights from and to Halim are diverted to Soekarno-Hatta International Airport near Jakarta. This includes five flights from Batik Air and two flights from Citilink.

“We would like to remind all prospective passengers who will depart or arrive from and to Halim Perdanakusuma Airport today to check with the airline on flight status,” said Yado Yarismano, corporate communication vice president of state-owned airport operator PT Angkasa Pura II on Sunday, March 21.

“The runway at the Halim Perdanakusuma Airport cannot be used due to blocked runway,” Yado said, adding that airport operation is in the process of moving the aircraft to the hangar area.

The Trigana Airlines-operated Boeing 737-500 with registration number PK-YSF skidded off a runway. No injuries were reported.