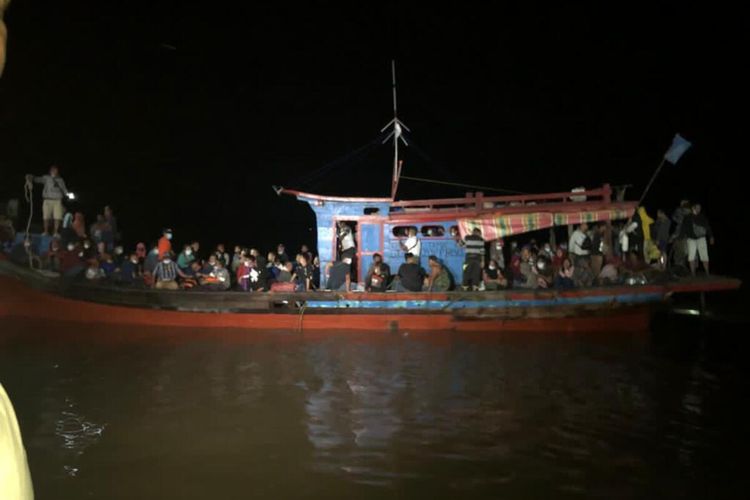 Lihat Foto
A total of 115 alleged Indonesian illegal migrant workers and children from Malaysia were arrested by the Indonesian Navy from Tanjung Balai Asahan Naval Base (Lanal) during a routine patrol on Saturday, March 13. (Istimewa)

“The additional protocol will be done by the Tanjung Balai Asahan Covid-19 Task Force to break the chain and prevent the spread of coronavirus,” he said.

Furthermore, he said, the three…

Indonesian Army Thwarts Illegal Entry Attempt...
Comments
There are no comments
Comment wisely and responsibly. Comments are entirely the responsibility of the commentator as regulated in the ITE Law
Thank You! We have received your report. We will remove comments that conflict with the Community Guidelines and the ITE Law.