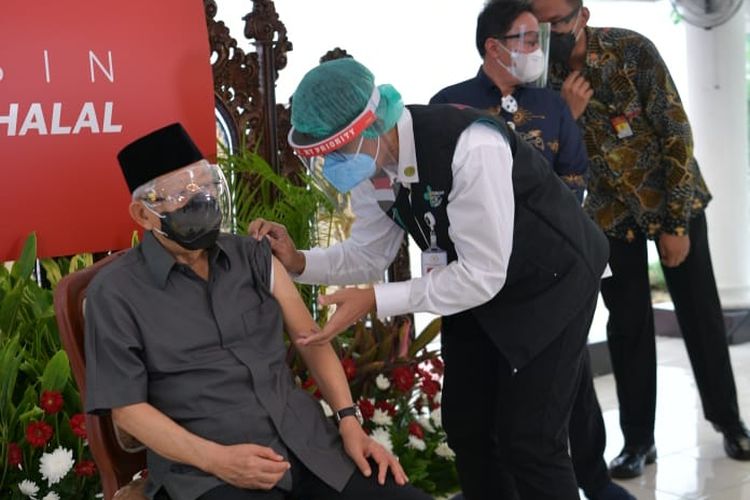 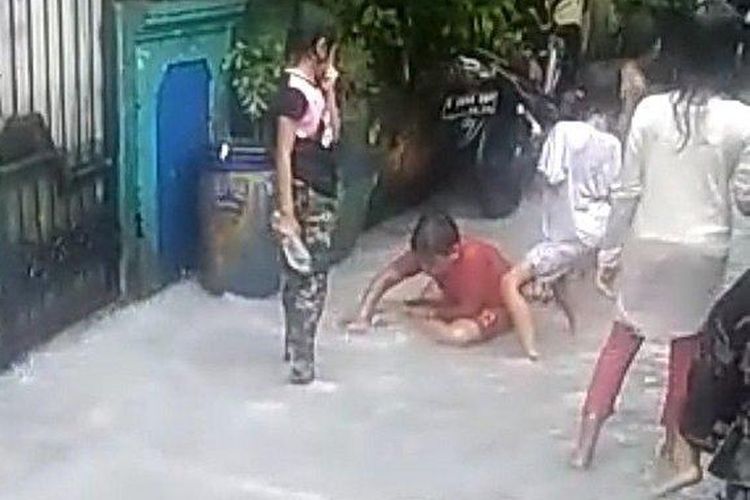 JAKARTA, KOMPAS.com – Indonesia has set aside more than seven million vaccines to vaccinate over 21 million elderly persons nationwide, though the majority are in Java and Bali.

Jakarta is swamped by floodwaters that swept through the municipalities of East Jakarta and West Jakarta. The floods also displaced at least 694 people from 182 families. The floodwaters were also marked by the discovery of a white, milky floods of unknown origin in North Jakarta.

And in East Java, a pod of 52 pilot whales baffled environmental experts, after they mysteriously washed ashore in Madura Island’s Bangkalan district. Read on to get the scoop of these pieces in today’s Indonesia Highlights:

The Indonesian Ministry of Health has called on provincial administrations across Indonesia’s 34 provinces to start registering elderly people aged 60 and up, as the government plans to vaccinate them against Covid-19 next week.

“If [the provincial administrations] start to register the [elderly], we hope that the data they shared with us can be used to set the schedule their Covid-19 vaccination nationwide,” said Ministry of Health spokesperson Siti Nadia Tarmizi on Friday, February 19.

“The vaccinations for the elderly will be carried out in stages, as the vaccines for this age group is still limited. We currently have seven million doses to vaccinate 21.5 million elderly people, so this will be done nationwide with a prioritized scale system,” she noted.

“70 percent of the vaccines will be distributed in Java and Bali, while the rest will go to the other islands. As the most populous parts of Indonesia, both islands have the country’s largest elderly populations,” she noted.

Indonesia authorized the vaccination of the elderly, after tests of Sinovac's Coronavac vaccine in Brazil proved safe for senior citizens. Coronavac made up the majority of Indonesia's Covid-19 vaccine.

A Ministry of Health report on February 8 noted that the elderly make up 47 percent of Covid-19 fatalities, though they only make up about 10 percent of coronavirus cases. The number of Covid-19 cases currently stand at 1,263,299 people with 34,152 deaths.

Jakarta has been overwhelmed by heavy rains since Thursday, February 18 through the weekend. “Floods from high rainfall levels have overwhelmed drainage and water levels on the rivers,” said the National Disaster Mitigation Agency [BNPB].

“The waters inundated 57 neighborhoods in the capital. The municipality of East Jakarta bore the brunt of the floods with 52 neighborhoods, while the remainder is in West Jakarta.”

The BNPB also noted that the the waters range in depth from 40 cm to 1.50 meters in East Jakarta’s Cipinang district. The Agency pointed out that the floods displaced 694 people from 182 families in the stricken areas.

”We have no idea what the water is,” said the local headman Sukartono. “But it does not seem to be from toxic waste, as children who swam in the waters did not have skin rashes or other health issues.”

He added that he has taken water samples to the Ministry of Environment and Fisheries. “It is perhaps best that they look [at the water samples],” Sukartono asserted. “After all, they are the experts.”

ANTARA FOTO/Zabur Karuru/hp. One of 52 pilot whales that washed ashore on East Java's Madura Island on Thursday (18/2/2021). 49 of the marine mammals died following their beaching on Madura's Bangkalan District, while volunteers managed to guid three of the whales to the open sea

Officials from the Nature Conservation Agency [BKSDA] branch in the Indonesian province of East Java is currently investigating the beaching of 52 pilot whales which washed ashore on the province’s Madura Island.

“This beaching is extremely rare. Usually there are about five whales who washed ashore,” said East Java BKSDA head RM. Wiwied Widodo on Friday, February 19. “But a pod of dozens [of beached whales] is something new. That is why we are investigating this incident.”

Wiwied believed that the cause might originate from the sonar that the whales used for navigation. “The causes might vary from earthquakes or underwater tectonic shifts that played havoc with their sonar, or perhaps they are hungry.”

The whales washed up on Madura’s Bangkalan district on Thursday. 49 out of 52 pilot whales were found dead by fishermen, while volunteers managed to guide three of the aquatic mammals into the open ocean.