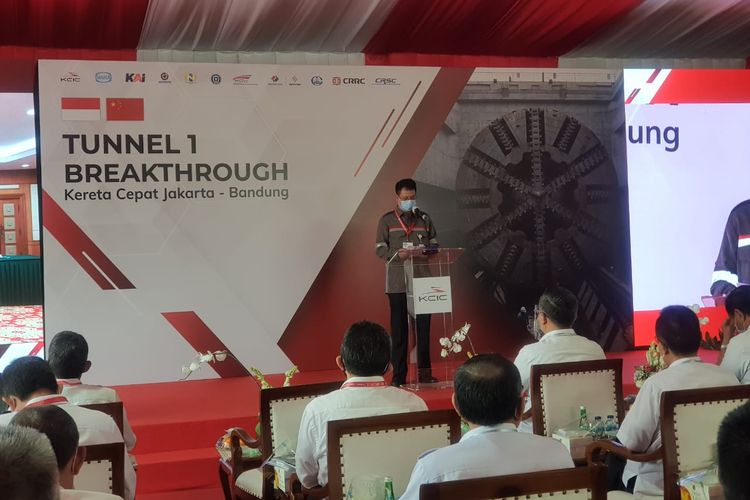 The completion of Tunnel 1 construction brings to five the completed tunnels for the project. The other four are Walini, Tunnel 3, Tunnel 5, and Tunnel 7. The project will have 13 tunnels.

KCIC has also built 1,741 piers along the Jakarta-Bandung route and is ready to be connected.

Once it is done, the next construction work is to install the railroad tracks. Chandra said that 12,000 high-speed railroad tracks will be shipped from China to Indonesia.

“There are still many challenges that we have to face from construction to funding support such as loan or equity, from connectivity at stations to operations and maintenance,” Chandra said, adding that this needs to be resolved for the KCJB to operate it safely and well.

KCJB is one of the National Strategic Projects that the government will continue to pursue. The project, which will build a 142.3-kilometer railroad, is currently developed by several of Indonesia’s state firms and China Railway Corporation.

The project of high-speed railway worth 80 trillion rupiahs ($5.67 billion) aims to reduce travel time between Jakarta and Bandung in West Java from three hours to 40 minutes.