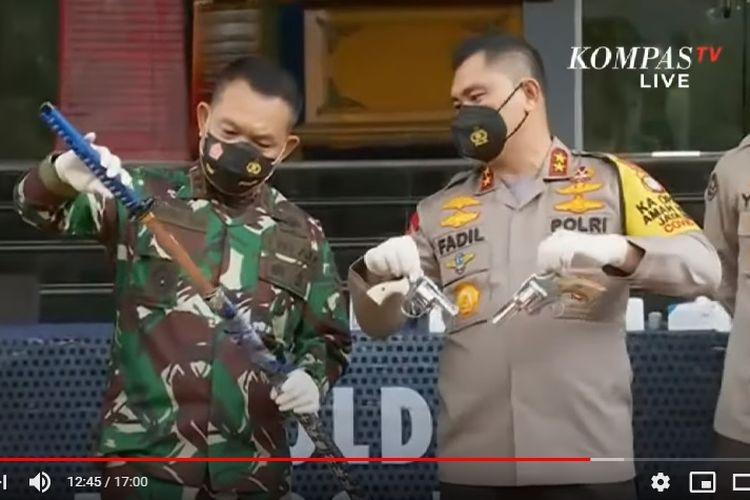 JAKARTA, KOMPAS.com – The Indonesian National Police is heading for a showdown with the Islamic Defenders Front (FPI) as policemen from the Jakarta Metropolitan Police shot dead six suspected members of the controversial vigilante organization on Monday, December 7.

Jakarta Metropolitan Chief Inspector General Fadil Imran announced that the shootout occurred on a toll road outside of the capital. He noted that the incident is related to FPI head Rizieq Shihab’s scheduled summons to the Jakarta Police the same day.

“Investigators tailed a vehicle suspected of carrying up to 10 FPI members after they received a tip that [FPI head] Rizieq Shihab’s supporters will back him during his scheduled summons by the police,” Fadil said in a press conference at Kramat Jati Police Hospital.

“The suspects then tried to force the policemen’s car off the road before they got off their vehicle with weapons drawn and approached our men with harmful intent. The investigators were forced to open fire in self-defense, killing six of them.”

He added that the rest of the group escaped and are still at large.

Fadil showed the katana swords and two pistols confiscated from the FPI. “The firearms are real, not improvised. They were used during the incident,” he asserted.

Fadil also vowed to take stern actions against any parties who will try to obstruct the police during their investigations.

The FPI denied their complicity in the incident. “The weapons shown by the police do not belong [to the FPI] as we never had any firearms,” said the group’s secretary Munarman.

“We also regret the police’s statement that the men were FPI members who were killed assaulting police officers. Since their actions amounted up to murder, they should take responsibility for their actions in a court of law.”

The Jakarta Metropolitan Police has summoned Rizieq twice since last week to account for his repeated violations of health protocols, particularly on social distancing, following his return from exile in Saudi Arabia last November. To date, he has yet to answer their summons.

The FPI has withheld Rizieq's whereabouts from the police.

Rizieq’s tumultuous return from exile forced the National Police to fire their regional heads for Jakarta and West Java. The police also summoned Jakarta Governor Anies Baswedan and West Java Governor Ridwan Kamil for allowing the gatherings to occur in their provinces.

They also called senior officials at Soekarno-Hatta Airport for not taking proper measures to prevent Rizieq’s followers from storming the airport during his homecoming.