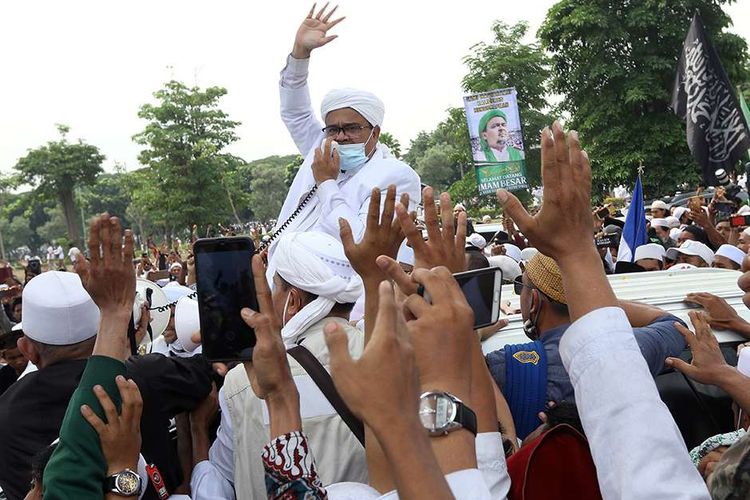 For this reason, Jokowi underscored the importance of having equal access to a Covid-19 vaccine without exceptions.

In the context of the world economy, Jokowi stated that developing countries need fiscal space to enhance their chances of an economic recovery post-pandemic.

Based on UNCTAD data, the organization has requested funding of $2.5 trillion to support developing countries’ economic recovery plans.

Debt restructuring is another key measure for post-pandemic recovery of emerging markets and countries with a low-income status moving in line with debt management measures.

Jokowi has specifically called for debt restructuring to be offered by the biggest lenders.

This year’s G20 Summit was hosted by Saudi Arabia with the theme entitled “Realizing Opportunities of the 21st Century for All” and is being held on November 21-22, 2020.

A member of the Indonesian Ombudsman, Alamsyah Saragih, reminded FPI leader Rizieq Shihab to pay attention to the things he says to the public and even suggested that he self-reflect.

According to Alamsyah, Indonesia’s elite have an integral role in society thus the words expressed or advocated by those individuals have bearing on the Indonesian people.

However, their social function is…

Indonesia Posts Highest Economic Growth among...
Comments
There are no comments
Comment wisely and responsibly. Comments are entirely the responsibility of the commentator as regulated in the ITE Law
Thank You! We have received your report. We will remove comments that conflict with the Community Guidelines and the ITE Law.

Women in Indonesia Have Better Employment Opportunities in Digital Era