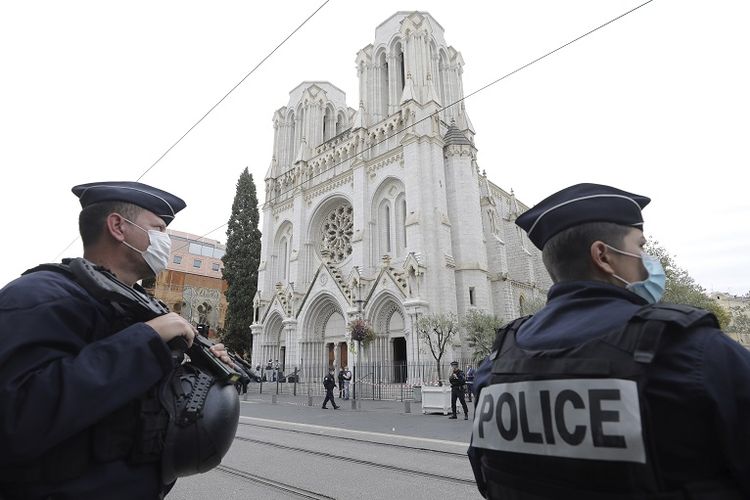 JAKARTA, KOMPAS.com - Events outside Indonesia’s borders loomed large as much of the country is enjoying a long holiday weekend celebrating the birthday of the Prophet Muhammad.

President Joko ‘Jokowi’ Widodo is not among those feeling the holiday spirit, as he condemned French President Emmanuel Macron for stoking sectarian tensions in the Muslim-majority world following his comments on ‘Islamic separatism’ in France.

The chairperson of Jokowi’s political vehicle, the Indonesian Democratic Party of Struggle or PDI-P Party Megawati Soekarnoputri is feeling anything but festive, as she stuck to her criticism of Indonesian millennials for their role in protests against the government's jobs law.

And lastly, the Indonesian government is watching who is naughty or nice on social media, after a young man in West Nusa Tenggara province turned himself in to the authorities after they sought him out for insulting the National Police and Parliament.

Read on to get more details on these news stories, which were curated by our news editors.

AP/Eric Gaillard Police officers stand guard near Notre Dame church in Nice, southern France, Thursday, Oct. 29, 2020. An attacker armed with a knife killed at least three people at a church in the Mediterranean city of Nice, prompting the prime minister to announce that France was raising its security alert status to the highest level. It was the third attack in two months in France amid a growing furor in the Muslim world over caricatures of the Prophet Muhammad that were re-published by the satirical newspaper Charlie Hebdo. (Eric Gaillard/Pool via AP)

President Jokowi conveyed his concerns over the religiously charged tensions in France after the satirical magazine Charlie Hebdo republished cartoons mocking the Prophet Muhammad last September, along with President Emmanuel Macron’s reluctance to address the issue.

“Indonesia strongly condemns the deadly attacks in Paris and Nice [which killed 4 people],” the President said in a virtual press conference on Saturday, 31 October. He spared the brunt of his criticism for Macron.

“Indonesia also strongly condemns President Macron’s statement [on Islamic separatism in France], as it is offensive to Muslims around the world. His comments potentially undermine religious worldwide, at a time when we need to unite to face the Covid-19 pandemic.”

Jokowi underlined his message by featuring Muslim, Christian, Hindu and Buddhist as well as Confucianist clerics representing the religious faiths practiced in Indonesia.

“Freedoms of expression that dishonor…