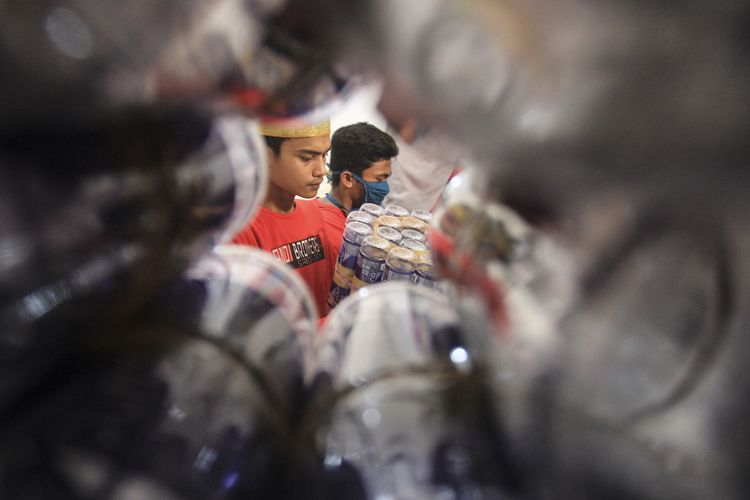 Lihat Foto
The labor market in Indonesia is not immune to the effects of the Covid-19 crisis where 5 percent of the Indonesian population currently needs a job.(KOMPAS.com/ Aji YK Putra)

JAKARTA, KOMPAS.com – Indonesia's labor market is not immune to the effects of the Covid-19 crisis, which has fueled unemployment numbers currently estimated at five in every 10 Indonesians.

The Ministry of Industry has encouraged young Indonesians to actively participate in national industrial development in order to enhance the country's global competitiveness level.

The Indonesian population is projected to serve as a demographic bonus in which it will reach its peak between 2020-2024 when the number of citizens in their productive years make up the majority of other age groups.

Secretary-General of the Indonesian Ministry of Industry Achmad Sigit Dwiwahjono said that the government must optimize the execution of its ‘Making Indonesia 4.0’ plans which include improving the competency of its human capital.

“The Youth Pledge can be harnessed as an inspiration for today’s youths to drive this country into the direction of improved change. By doing so, we will be able to face the phenomenon of global changes head on as an opportunity while offering solutions to unanswered challenges, particularly those involving the industrial sector,” said Achmad.

The impact of the Covid-19 crisis on the labor market in Indonesia has been heavy with approximately 6.9 million people out of work.

“It is a huge number because that is nearly 5 percent of the Indonesian population that needs a job to make use of the productivity level,” said Achmad.

To keep the Indonesian population…