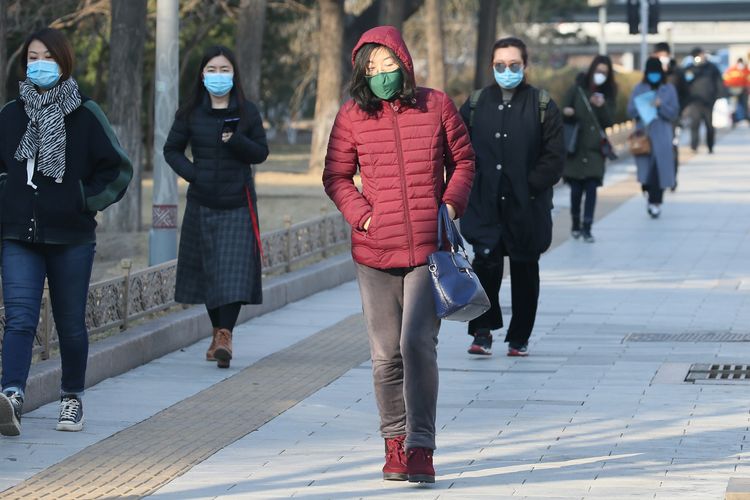 "People are traveling with a vengeance!" said Huo Binxing, a banker from Beijing who is heading to Lhasa in Tibet.

"It's our first chance to unwind after such a stressful period."

Wuhan in central China is back in business too, with visitors thronging to the Yellow Crane Tower — a Taoist shrine — according to the country's biggest travel agency Ctrip.

But some have scrapped plans as the virus continues to seed anxiety.

Ming Rui, a fashion designer in Beijing, said she canceled a visit to the coastal city Qingdao after two coronavirus cases were reported there last week.

"It was our first family trip this year, but we canceled because I got very nervous," Ming said, adding her parents are in their seventies.

More than 600 million trips will be taken during Golden Week, down 20 percent from a year ago, Ctrip estimated, but they will still force the state railway to lay on 1,000 extra trains a day.

Around 108 million passengers will take trains during the eight-day holidays — around 13.5 million a day.

They are likely to bring much-needed spending to far-flung parts of China — last year, travelers spent $9.5 billion during the Golden Week.