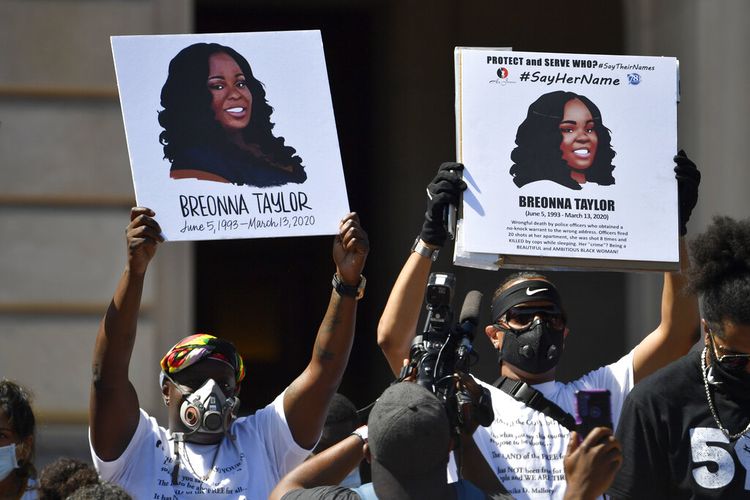 Lihat Foto
The city of Louisville paid a $12 million settlement to the mother of Breonna Taylor while also announcing plans for ?significant? police reform.(Timothy D. Easley)

LOUISVILLE, KOMPAS.com - The city of Louisville paid a $12 million settlement to the mother of Breonna Taylor while also announcing plans for “significant” police reform.

Louisville Mayor Greg Fischer’s decision would spell out a range of police reform on how officers live and work.

The settlement between the city and Breonna Taylor’s mother, Tamika Palmer, represents a rare outcome in a police misconduct lawsuit.

The reforms were met with criticism from some activists hoping for deep, lasting change by including community input.

Activists had also hoped that there be criminal charges against the police officers involved in the death of Breonna Taylor.

A legal expert noted that even the most wide-ranging of reforms will not succeed if the people entrusted with implementing them are not on board.

The measures include giving officers housing credits to live in the neighborhoods they police; requiring that only high-ranking commanders approve search warrant requests; involving social workers to help resolve situations when necessary; and additional drug testing for officers.

“I’ve not seen a settlement that included a set of reforms like this one did. I think it's a good first step."

But Shameka Parrish-Wright, a community…