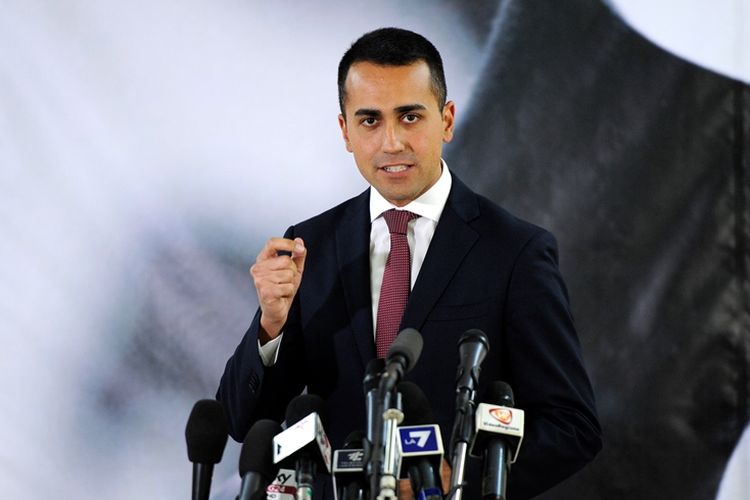 A total of 16,347 migrants reached Italian shores over the past year, a 149 percent increase compared to the previous 12-month period, but still a number much lower than in several other recent years.

No specific amount or source of aid was announced as Di Maio and other European officials visited Tunisia's capital of Tunis on Monday.

However, they sent a clear message of support for the country's young democracy as it copes with an economic decline worsened by the virus pandemic.

The EU provided hundreds of millions of euros to Tunisia earlier this year to help it fight the virus.

“Tunisia can count on the European Commission and on all its friends," the EU’s commissioner for neighboring countries, Oliver Varhelyi, said, according to the Tunisian president's office.

Tunisian Secretary of State Selma Neifer pushed for more opportunities for Tunisians to work and cross borders legally in Europe.

Lamorgese, who visited Tunisia last month for similar talks, said the trip was aimed at boosting Europe-wide solidarity with Tunisia.

Tunisia’s unemployment rate stood at 15 percent before the coronavirus pandemic and has since climbed to 21 percent.

The country has struggled to restore prosperity since protesters overthrew a longtime autocrat in 2011, unleashing Arab Spring uprisings around the world.

Meanwhile in North Macedonia, a major transit point for migrants entering the EU, police said Monday a car carrying a dozen migrants from Syria crashed into a stationary police truck, killing two of the car passengers and injuring the other 10 as well as a police officer.

Police said the accident occurred Sunday night near the town of Radovis, about 100 kilometers (63 miles) southeast of the capital Skopje.

The Greek border with North Macedonia was closed earlier this year due to the coronavirus pandemic.

But trafficking networks remain active, ferrying migrants who make their way from Turkey into Greece and then attempt to head north to more prosperous European countries.

Police said that in July alone they had detained a total of 567 migrants attempting to illegally transit North Macedonia.