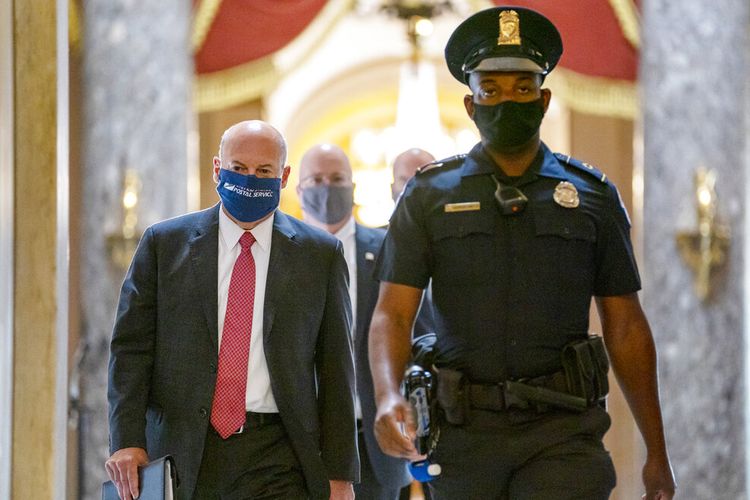 Lihat Foto
Postmaster General Louis DeJoy to suspend changes on several of his initiatives until after the election in the wake of public outcry and a slew of lawsuits.(Carolyn Kaster)

WASHINGTON, KOMPAS.com - Postmaster General Louis DeJoy to suspend changes on several of his initiatives until after the election in the wake of public outcry and a slew of lawsuits.

Prior to his decision, Louis DeJoy came under scrutiny for the operational changes made on the US postal service that critics blame for widespread delays and warned could disrupt the 2020 presidential election.

There was public outrage when the US Postal Service removed its distinctive blue mailboxes in several states raising questions over whether it was an attempt to boost Trump’s chances of winning the ballot this November.

Louis DeJoy stated that the decision of the USPS to suspend changes after the election is “to avoid even the appearance of impact on election mail”.

“We will deliver the nation’s election mail on time,” DeJoy said in a statement.

The abrupt reversal from DeJoy, who is set to testify Friday before the Senate, comes as more than 20 states, from New York to California, announced they would be suing to stop the changes.

Several vowed they would press on, keeping a watchful eye on the Postal Service ahead of the election.