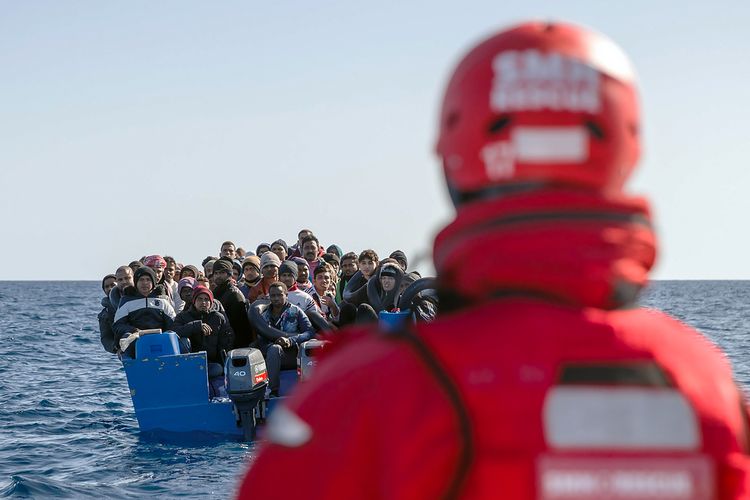 Lihat Foto
The British government is pressing France to intensify efforts to stop the ?completely unacceptable? migrant crossings through the English Channel.(PABLO GARCIA)

British Interior Minister Priti Patel and French counterpart Gerald Darmanin signed an agreement last month creating a new joint police intelligence unit to combat migrant traffickers, but it is unclear whether this has had any impact.

French officials insist France is doing all it can, with additional security forces deployed, to prevent the crossings. But they acknowledge the numbers have increased sharply this year.

Since January 1, authorities in northern France have recorded 342 attempts or crossings involving 4,192 migrants, compared with 203 attempts and 2,294 migrants for the whole of 2019.

Philp noted that for now, Britain still has to abide by an EU law that stipulates which EU member state is responsible for examining an application for asylum.

Under the law, once a migrant enters British waters they are, if intercepted, taken to Britain and it is almost impossible to send them back to France.

But Philp emphasized this would no longer be the case after this year when Britain's exit from the EU takes effect.

"Of course come January 1 we will be outside of those Dublin regulations and the United Kingdom can take a fresh approach," he said.