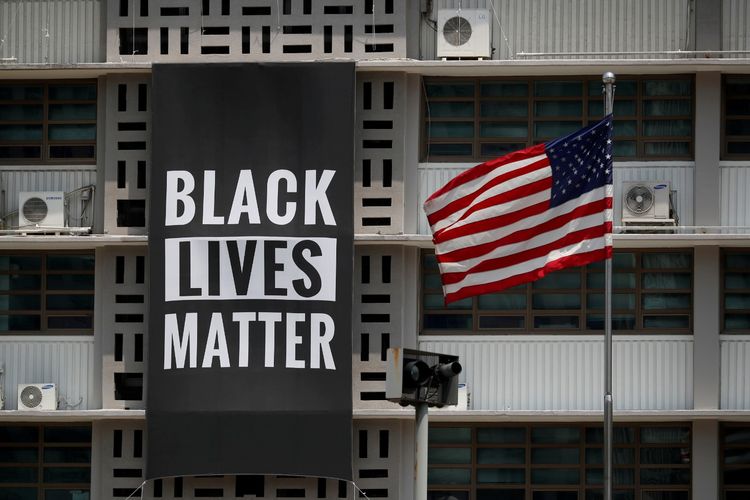 Lihat Foto
A Virginia man who drove through a Black Lives Matter protest in June has been slapped with a six-year jail sentence on Monday.(KIM HONG-JI)

RICHMOND, KOMPAS.com - A Virginia man who drove through a Black Lives Matter protest in June has been slapped with a six-year jail sentence on Monday.

A prosecutor for the case described the man, Harry H. Rogers, as a leader of the Ku Klux Klan.

The 36-year-old criminal was convicted of six misdemeanors and a year in jail for each charge, based on reports from the Richmond Times-Dispatch.

The felony charges will be heard by a grand jury in September, the newspaper reported.

The judge didn’t uphold hate crime enhancement on four simple assault charges, agreeing with the defense argument that the three victims, all of whom are white, were not targeted because of their race.

Two people who were struck by Rogers testified. A third victim was only identified at John Doe.

The prosecution played Facebook Live video captured after the incident in which Rogers boasts of driving through the crowd.

During a hearing the day after the incident, Henrico County Commonwealth’s Attorney Shannon Taylor said in a statement that based on his social media posts and by his own admission, Rogers was a Klan leader.