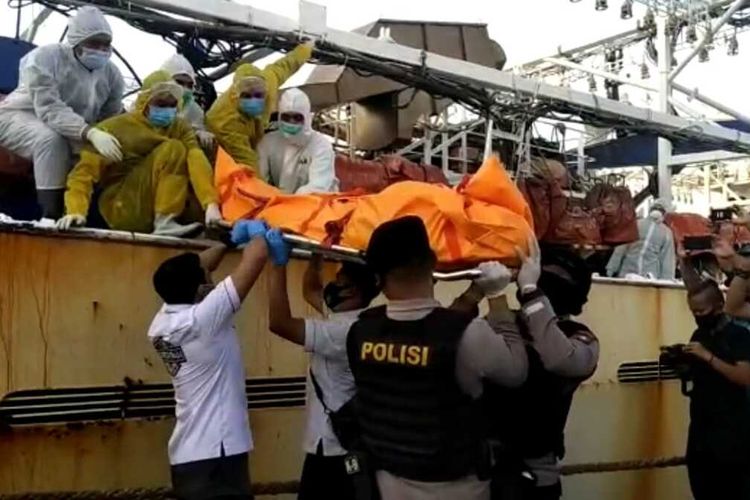 Arrested in Tegal in Central Java province on Tuesday, July 20, the six suspects were then brought to Batam in Riau Islands near Singapore for further investigation. Among the suspects are Harsono, 36, Taufiq Alwi, 40, Totok Subagyo, 61, and Laila Kadir, 54.

Arie said the suspects were arrested by a team under the coordination of the Riau Islands Police, the Central Java Police, and the National Police’s human trafficking task force following the death of Hasan Afriandi, 27, whose body was kept in the cold storage of Lu Huang Yuan Yu 118 ship and was allegedly mistreated by the ship’s supervisor.

Early this month, a joint patrol team from Indonesia chased the two Chinese flag-bearing vessels in Indonesian waters and found 22 Indonesian crewmen in them.

After the ship’s supervisor has been arrested, the team focused on a search for recruitment agencies who allegedly sent illegal expatriates to work at the vessels.

The team then found four companies believed to have been the mastermind of the crewmen recruiters in Central Java. “Following police investigation, the team secured the six suspects in Tegal regency in Central Java,” he said.

“The police managed to secure…