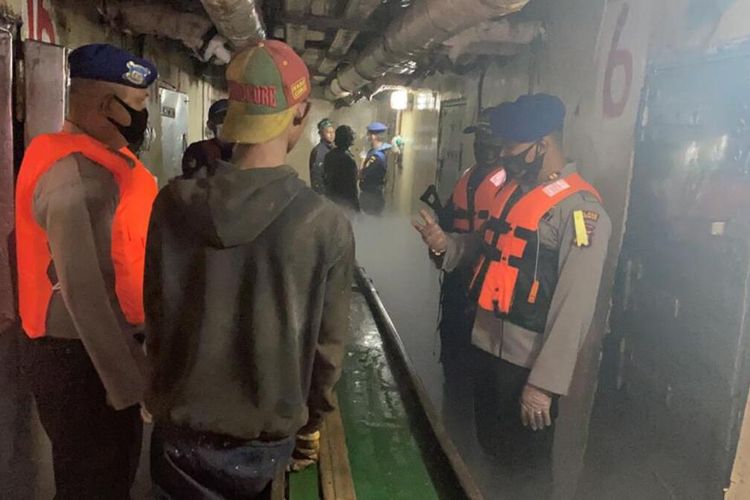 The crew member found in the freezer of one of the ships has been identified as Hasan Afriandi from Lampung, Sumatra Province, Commander of the Fourth Tanjung Pinang Naval Main Base (Lantamal) Commodore Indarto Budiarto told a press conference at the Batam Navy Command Base (Lanal Batam).

The Indonesian citizen who died on the Chinese-flagged ship had previously searched for squid in Argentine waters with nine other crewmen on Lu Huang Yuan Yu 118.
On the other vessels, there were 12 other Indonesian citizens who worked as crew members of Lu Huang Yuan Yu 117. They previously had also searched for squid in Argentine waters.

Also read: Indonesia and Australia Move Ahead with Beef and Livestock Trade

“Based on the initial statements from the Indonesian citizens, they have worked for seven months or started on January 1, 2020,” he said.

He added that they flew to Changi Airport in Singapore from Jakarta on December 31, 2019. Upon arrival in Singapore, they directly boarded Lu Huang Yuan Yu 118.

The ship then departed from Singapore to Argentine waters on January 1, 2020 to search for squid.

"This case is still under investigation because there have been allegations of persecution, money laundering, and human trafficking in this matter," Indarto said.

"The Riau Police and Immigration…