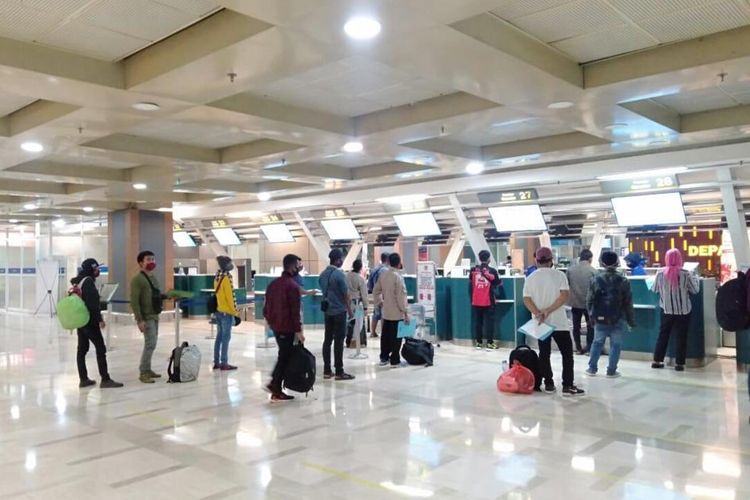 Lihat Foto
PT Angkasa Pura I is optimistic Indonesia?s airline industry will revive itself during the second semester of 2020 as the number of flight passengers have so far increased in July.(Dokumentasi AP 1 Makassar)

JAKARTA, KOMPAS.com – Airport operator PT Angkasa Pura I is optimistic Indonesia’s airline industry will revive itself in the second half of 2020 as the number of flight passengers has so far increased in July.

The data represents an uptick in comparison to the 222,040 passenger movement recorded in June 1-15.

Angkasa Pura I CEO Faik Fahmi said the increase in flight passengers was due to a change in Decree Number 9 Year 2020 by the National Covid-19 Task Force.

It allows flight passengers to present results of a rapid or polymerase chain reaction (PCR) test from 14 days before their departure. Previously, passengers were given a three-day timeframe for the test results.

“This regulation gives passengers more time to prepare themselves and arrange their travel plans better,” said Faik on July 8.

Since early July, Juanda Surabaya Airport became the busiest airport having attended to 56,268 passengers, 723 aircraft movement, and handling as many as 816,772 kilograms of cargo.