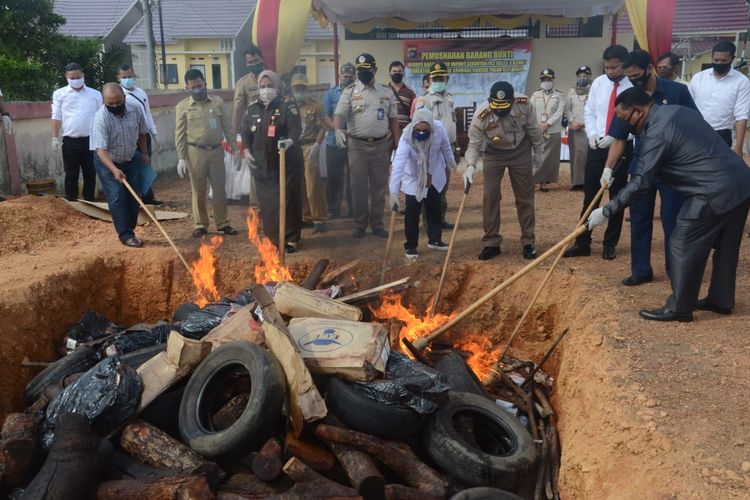 PANGKALPINANG, KOMPAS.com – A total of 3.8 tons of undocumented frozen beef were destroyed at a quarantine center in Pangkalpinang, the capital of the Bangka-Belitung tin region in Indonesia’s Sumatra Province, said an official on Monday, July 6.

The imported beef from Australia was sold at a house in Pintu Air Village.

Head of the Pangkalpinang Quarantine Center Saifuddin Zuhri said the distribution of the meet is illegal because it lacked an official animal health certificate.

Samples were taken for a laboratory test that later showed that the meat's level of microbes was above normal and was hazardous to human health.

“This is a warning to everyone who wants to sell a commodity. They have to complete the official health documents. [The meet] must be tested and inspected,” Zuhri said after the ceremony.

“The Australian imported beef was obtained by DU from Jakarta and brought to Bangka Belitung,” Andi said.

Andi said that the police are currently completing phase one investigation before it will be sent to the prosecuting office for an open court hearing.

DU, a resident of Batin Tikal in Sungailiat in Bangka, was tracked by officers during the investigation process.