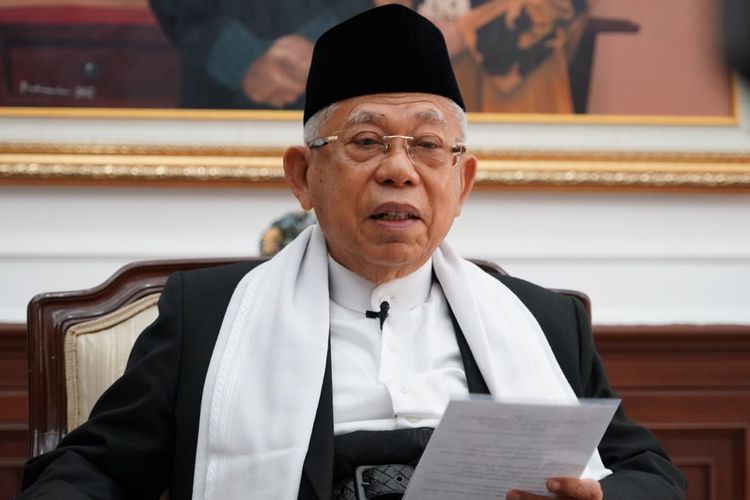 JAKARTA, KOMPAS.com – Indonesian Vice President Ma’ruf Amin has asked the country's ulamas or Muslim scholars to lend a helping hand in minimizing the impact of the coronavirus pandemic on people's lives and the economy.

The role of ulamas is to minimize further losses and prevent the crisis from inflicting further damage on society and the economy, the Vice President said, noting their participation is particularly important at this time as Indonesia pushes ahead with its transition to the new normal and gradually reopens the national economy.

“It’s dangerous because what we are up against is not only the Covid-19 virus, but it is also the social and economic impacts. For ulamas, this is a responsibility that we must act on to reduce the losses,” said Ma’ruf via teleconference on July 2.

On the economy, the Indonesian Vice President pointed out the country's 2.9 percent growth recorded in the first quarter of 2020.

This was far below the government’s expectations of 4 percent. The third-quarter economic performance is predicted to post an even worse low point of minus 0.5 – 0.1 percent.

Indonesia’s Finance Minister had previously emphasized that the national economy has been under immense pressure in the second quarter of this year.

This was due to the government’s large-scale social restrictions (PSBB) that were enforced in numerous parts of the country between March and April 2020.

The government expects the economy to contract 3.1 percent during the second quarter of 2020.