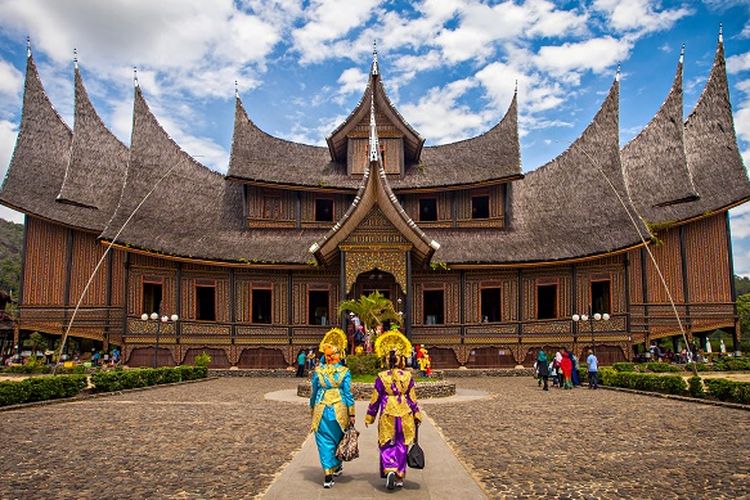 “Pagaruyung is probably derived from two words, paga [modern day Indonesian pagar or fence], and ruyung, a branch of a palm tree that has been hardened by age,” he said.

“While the Pagaruyung kingdom was founded by King Adityawarman as the Malayapura kingdom, no one is certain if he founded Pagaruyung Palace. What is for certain is that the palace’s current site is from Sultan Alif’s reign in the 17th century.”

While the palace’s stunning wooden craftsmanship is admirable, its vulnerability to fire is no help for historians struggling to find out its history.

While the current palace might be a replica, the craftsmanship is no less dazzling for its design and symbolism.

The palace’s multigabled design and iconic buffalo shaped roof make it the epitome of a Minangkabau traditional house. The building is also rife with symbolism, among them the more than 60 carvings symbolizing Minangkabau’s philosophy and culture.

Pagaruyung Palace also housed spears, swords, and firearms from the kingdom’s struggle against the Dutch in the 19th century.

As a museum, the palace also rents or loans to visitors or guests of honor such as Ramsay or bicyclists in the Tour de Singkarak. But regardless of the occasion, Pagaruyung Palace is worth a visit.