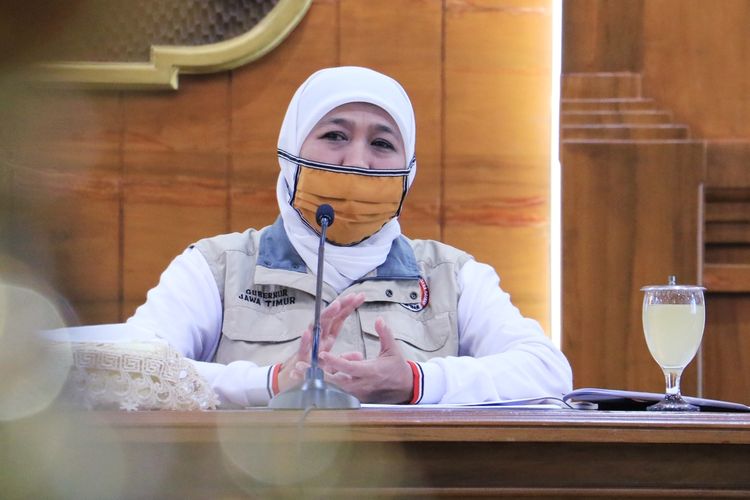 KOMPAS.com – East Java has formed a Special Covid-19 Hunter Joint Team that harnesses the resources of relevant districts and work as one to stem the tide of infections in the region.

“One of the measures is to deploy the Covid-19 Hunter Joint Team from the District Level Health Office to the main cluster of Greater Surabaya. The team will conduct testing and contact tracing of at least 20 persons per positive case,” said Khofifah on June 27.

The Covid-19 Hunter Joint Team is hoped to maximize the synergy, coordination, and collaboration between districts in the Greater Surabaya area, mainly the city of Surabaya, Sidoarjo Regency, and Gresik.

“The joint team is a combined effort from Forkopimda East Java and the Greater Surabaya Task Force. It is directly coordinated by Pangkogabwilhan II,” said the East Java Governor.

To enforce greater discipline in observing the Covid-19 health protocols, the East Java Governor has called for the help of public figures.

Khofifah is working with religious clerics and figures as well as influencers.