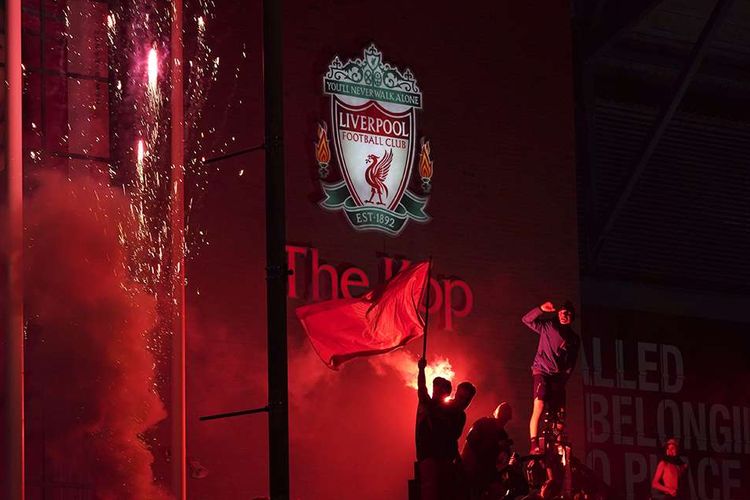 JAKARTA, KOMPAS.com – Liverpool’s success in winning the Premier League title in 30 years heartened its fanbase in England and around the world.

Though the Reds achieved the feat indirectly after bitter rivals Chelsea beat Manchester City 2 – 1 in London on Thursday, June 27 local time, the joy is no less profound for Liverpool fans throughout Indonesia as they are in Liverpool itself.

"After a long painful 30 years waiting. Finally Liverpool Champion of England 2019/2020 [sic]," writes Indonesian singer Ari Lasso beneath a collage of Liverpool on his Instagram account.

“The lyrics of ‘You’ll Never Walk Alone’ can describe those facing the [coronavirus],” said Ari, who sang some of Dewa's most iconic hits, such as "Cukup Siti Nurbaya" and "Satu Hati".

“Its message that everyone has to be strong in the face of adversity is just as applicable [in Indonesia] as it is for Liverpool’s struggles.”

“I have also taken pictures…