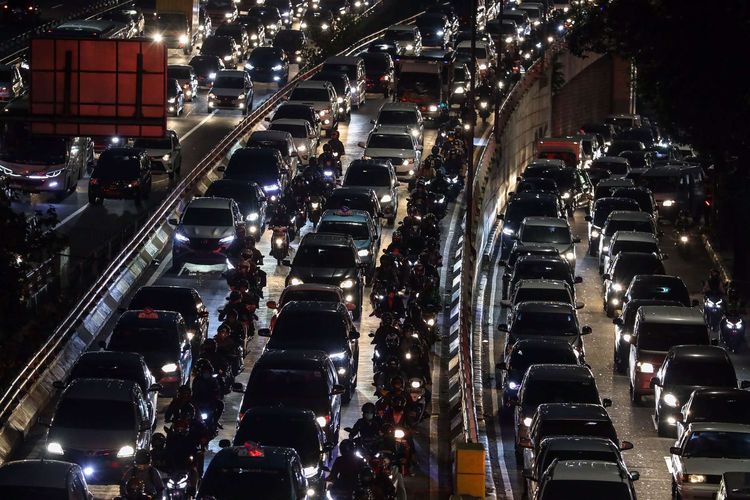 JAKARTA, KOMPAS.com – Jakarta’s notorious traffic snarls have been slowly creeping back as the capital experiences the gradual easing of large-scale social restrictions (PSBB)

The resurgence of traffic congestion is attributed to the Jakarta Provincial Administration’s delay in reinstating the odd–even policy to regulate traffic.

“The odd–even policy has not come into effect for cars or motorcycles,” said Jakarta Metropolitan Police spokesperson Sambodo Purnomo Yogo. “We are still awaiting Governor [Anies Baswedan’s] order to reinstate the policy.”

Sambodo added that the hours for the odd–even system is under the jurisdiction of the Jakarta Transportation Policy once the Jakarta Provincial Administration gives the go-ahead.

“The police will carry out the policy once it has been passed,” he said.

“We will deploy 1,728 men throughout Jakarta to regulate traffic during the second phase of PSBB. They will particularly focus on 410 traffic bottlenecks,” Sambodo noted. “They will be regulating traffic from six in the morning to 10 in the evening.”

“We are still evaluating the situation on the roads and traffic volumes throughout Jakarta during the second phase of PSBB,” he said.

“The results of the evaluation…