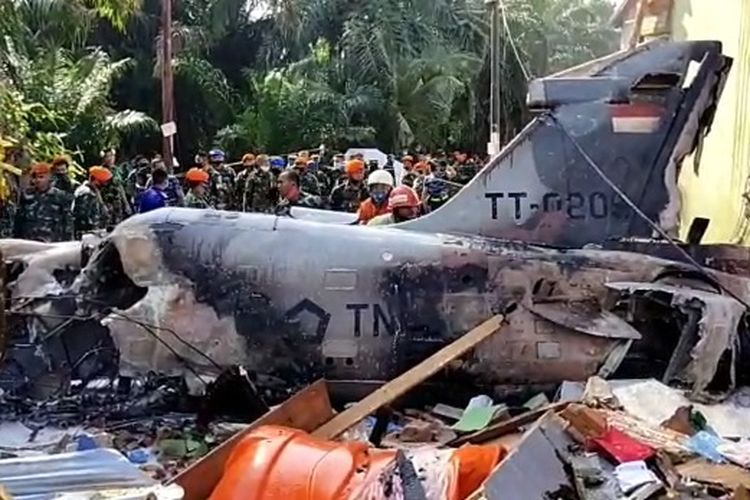 “The pilot has been transported to Dr. Soekirman Air Force Hospital of the Roesmin Nurjadin Air Force Base in Pekanbaru for further observation,” said Fajar in a statement.

The Air Force team is still investigating the cause of the crash.

Head of Kubang Jaya Village in the Kampar Regency Tarmizi, who only goes by one name, said he received the information regarding the crash at around 7.30 am.

“The aircraft crashed into a residential area and I am here at the scene,” said Tarmizi in a telephone interview.

Roesmin Nurjadin Air Force Base Spokesman Lieutenant Colonel Sus M. Zukri said that the pilot was found about 30 meters from the aircraft and survived the accident.

“Alhamdulillah (Thanks be to God)…

Thai Lion Air to Reopen Bangkok-Jakarta...
Comments
There are no comments
Comment wisely and responsibly. Comments are entirely the responsibility of the commentator as regulated in the ITE Law
Thank You! We have received your report. We will remove comments that conflict with the Community Guidelines and the ITE Law.