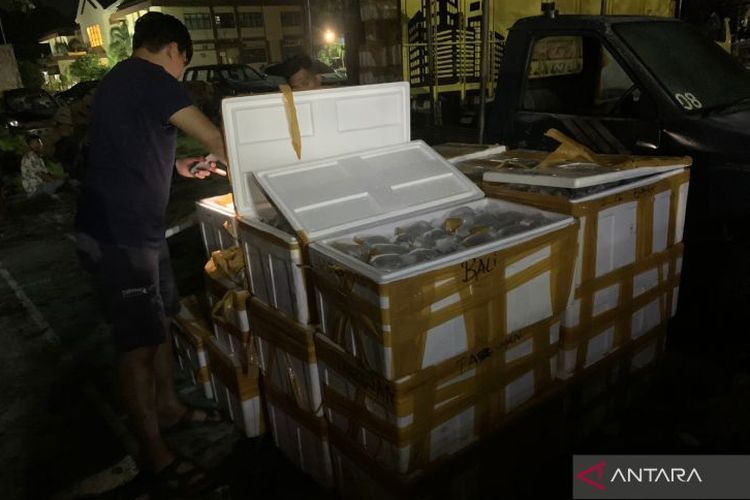 On Thursday afternoon, the police, along with the BKSDA, released the coral reefs back to their original habitat in the area of Bima waters.

Also read: Will the EU Stick with Its Green Policy for Southeast Asia?

"We immediately released the coral reefs because the availability of oxygen in plastic packaging is limited," Rayendra said.

Furthermore, he stated that tracing the network of coral reef smugglers is part of the police's efforts to support the government's endeavors to protect marine habitats that are categorized as endangered.

This is also following data from the Convention on International Trade in Endangered Flora and Fauna (CITES) that includes coral reefs in the list.

To this end, the Directorate General of Conservation of Natural Resources and Ecosystems of the Ministry of Environment and Forestry has issued regulations on the use or cultivation of these coral reefs by limiting quotas and permits for capture and circulation.