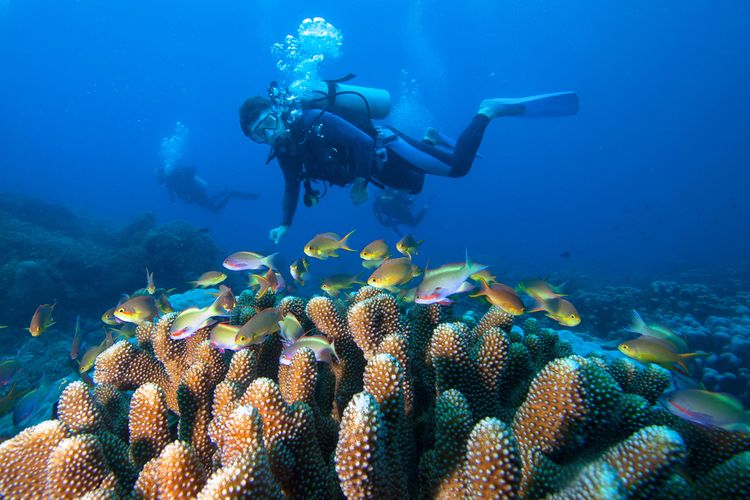 “One of the concrete actions is to conduct conservation and restoration through the Indonesia Coral Reef Garden (ICRG) Program,” Deputy for Maritime Resources Coordination of the Coordinating Ministry for Maritime Affairs and Investment Jodi Mahardi said in a workshop road to Ocean 20 titled “No Coral Reef Behind” in Bali on Monday, Aug. 29.

Jodi said that the determination of the conservation area aimed to protect and utilize the function of coral reef ecosystems as support for aquatic biota around corals in the present and future.

“The Ministry of Maritime Affairs and Fisheries (KKP) and the Ministry of Environment and Forestry (KLHK) along with local governments have now applied this conservation function. Conservation areas have been proven to protect coastal areas on small islands and create sustainable environmental management,” he said.

He also highlighted that awareness of the importance of coral reefs had started in 1998 with the existence of the Coral Reef Rehabilitation and Management Program (Coremap).

Coremap comprises the initiation stage, acceleration stage, and institutional strengthening stage, with a total investment of over $170.77 million.

“Implementation of Coremap in Indonesia not only improves the coral conditions but also has implications for increasing the diversity of marine biota that will directly improve the welfare of coastal communities,” he added.

On the same occasion, Saudi Arabia’s Deputy Minister of Environment, Water, and Agriculture, Osama Faqeeha, emphasized the importance of coral reef health for the welfare of the community and general environmental health conditions.

Indonesia Invites Small Island States as...
Comments
There are no comments
Comment wisely and responsibly. Comments are entirely the responsibility of the commentator as regulated in the ITE Law
Thank You! We have received your report. We will remove comments that conflict with the Community Guidelines and the ITE Law.