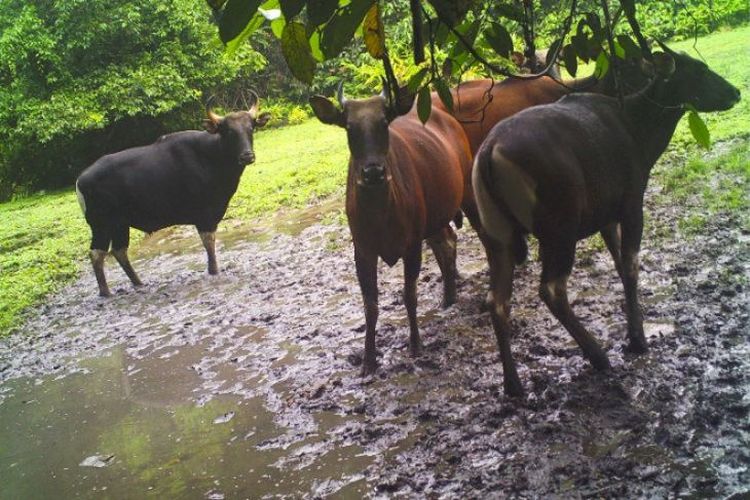 "Based on our research data through camera capture in 2018, it is estimated that there are only two groups or around 20 Bornean bulls in the Belantika Hulu forest," research coordinator of the Indonesian Orangutan Foundation (Yayori) Gusti Wicaksana said on Tuesday, Jan. 10.

Yayori's team first conducted research on the Bornean bison in Belantikan Hulu Forest in 2003 by installing cameras at several points, he added.

In that year, it is estimated that 30 to 40 bulls were recorded on camera.

"Since the Belantikan Hulu Forest is not a protected forest, but a production forest with an area of 3,000 hectares, people from outside can easily enter, and it's easy to hunt there," he said.

Apart from hunting, the decline in the habitat of the endangered animals can also be attributed to their longer reproductive cycle. Moreover, not all females are productive.

"The food in the forest is quite abundant, such as bamboo, melakai, ferns, and others. Regarding natural predators, the bulls are most often chased by crocodiles when crossing rivers," he said.

Another threat to the bull population is the logging of forests where they live, which is reducing the size of their habitat.

"Cutting down trees will have an impact on reducing breeding grounds and shelter for bulls and other wildlife," Wicaksana said.

In the Central Kalimantan region,…

Sumatran Tiger Captured in Indonesia after...
Comments
There are no comments
Comment wisely and responsibly. Comments are entirely the responsibility of the commentator as regulated in the ITE Law
Thank You! We have received your report. We will remove comments that conflict with the Community Guidelines and the ITE Law.