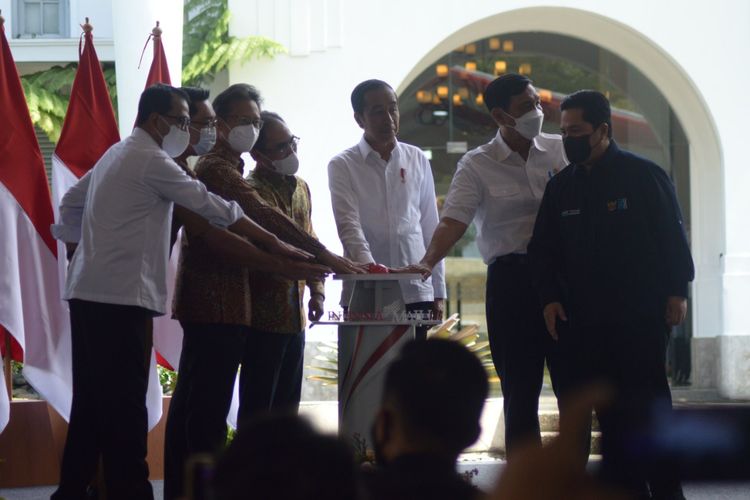 "This morning, I launch the IndoVac vaccine produced by PT Bio Farma," Jokowi said during the ceremony at the company’s head office in Bandung, West Java province.

Jokowi ensured that the vaccine is locally produced from upstream to downstream. According to the head of state, the vaccine is the result of the hard work of young Indonesian human resources.

"The vaccine production and development takes time, approximately 1.5 years, from the beginning until the launch. They work in a silent [manner]. Finally, they can release the vaccine now," Jokowi said.

Hence, he expressed optimism that Bio Farma would be able to generate major revenues and that Indonesia would harbor an independent spirit in meeting the domestic vaccine needs.

In addition to the launch…

Indonesia's Former Health Minister Insists on...
Comments
There are no comments
Comment wisely and responsibly. Comments are entirely the responsibility of the commentator as regulated in the ITE Law
Thank You! We have received your report. We will remove comments that conflict with the Community Guidelines and the ITE Law.