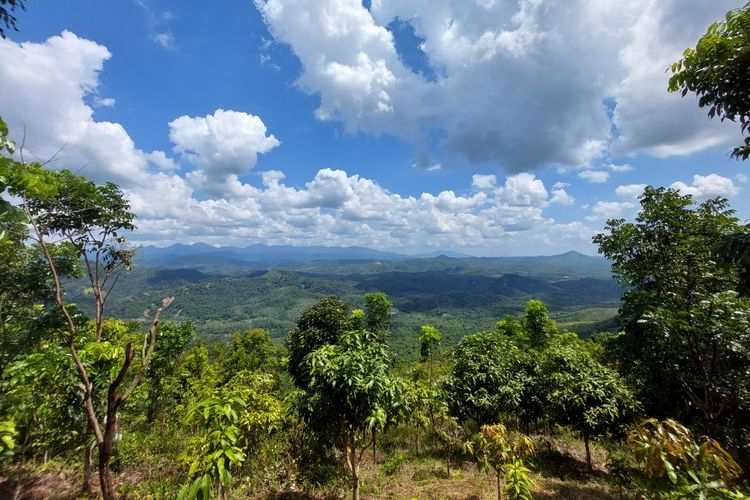 JAKARTA, KOMPAS.com - Indonesia and Norway signed a deal Monday, Sept. 12, to reward deforestation reduction months after the collapse of a similar $1-billion agreement that was part of a UN-backed global initiative criticized for its ineffectiveness.

Protecting trees is key to meeting climate goals but environmentalists blame Indonesia -- home to the world’s third-largest rainforest area -- for a deforestation-free-for-all by allowing companies to clear land for plantations.

Jakarta has made some progress by reducing the rate of primary forest loss for five straight years up to 2021, according to Global Forest Watch, and in 2020 claimed its lowest deforestation rate in two decades.

Oslo will now reward Indonesia with “results-based contributions” for cutting deforestation and emissions, Norway’s ministry of climate and environment said in a statement.

“Today we are proud to embark on a new partnership to support the Indonesian government’s impressive results and ambitious plans,” said Norwegian Minister for Climate and Environment Espen Barth Eide in a statement.

Also read: Explore the Wilderness at the Mangrove Forest in PIK Jakarta

But environmental activists say the deal will not change the situation in Indonesia with vast swathes of rainforest still being destroyed to make way for palm and timber plantations that threaten endangered species and push indigenous people off their lands.

The countries had signed a landmark deforestation deal in 2010 with Norway offering Indonesia $1 billion to slash its emissions.

But Jakarta canceled it last year saying it didn’t see enough of the money, while research showed it only made a small dent in Indonesia’s carbon-cutting targets.

Critics of the United Nations-backed REDD+ mechanism under which the deal was struck said it was ineffective and trampled on indigenous communities’ rights.

Under the new agreement Norway will send Jakarta an initial $56 million payment for its deforestation reduction from the year 2016 to 2017, the Norwegian minister said.

It will then pay Indonesia for years of reductions that followed after verifying the drops in deforestation, meaning it could be worth hundreds of millions of dollars to Jakarta.

Norway has not specified the total amount it has allotted for the partnership.

Indonesia has an ambitious goal to reach a net carbon sink in its forestry sector -- storing more carbon than it releases into the atmosphere -- by 2030 but its vast forests are still shrinking.

The country’s tree cover has decreased by 18 percent since 2000, a loss that accounts for 6.5 percent of the global total since then, according to Global Forest Watch.

A day before the deal was signed at a signing ceremony in Jakarta, Eide and his counterpart Siti Nurbaya Bakar planted mangroves in East Kalimantan near Indonesia’s planned new capital.

Siti said Eide’s arrival and participation were a symbol of the cooperation between Indonesia and Norway on the climate and environment, according to local media.

New capital Nusantara is scheduled to open its doors in 2024 as the nation plans a move away from slowly sinking, traffic-clogged Jakarta.

But environmentalists have warned it could accelerate the destruction of tropical jungles home to long-nosed monkeys and orangutans.