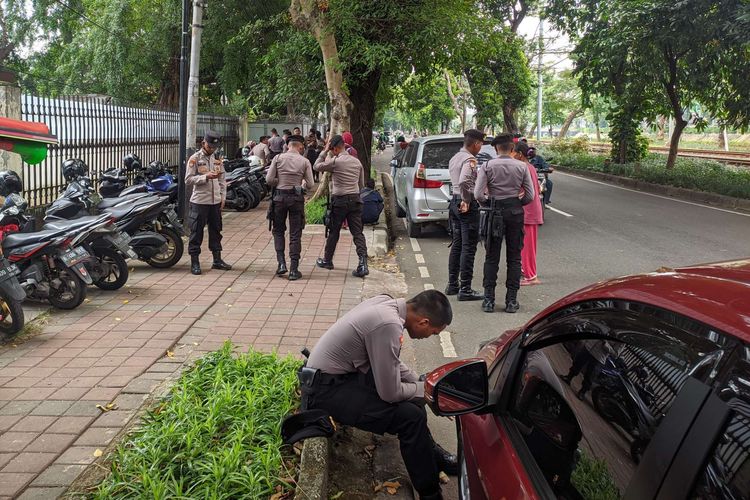 Lihat Foto
Members of the Indonesian Police are seen in front of the Human Rights Commission office in Jakarta on Thursday, Aug. 11, 2022 before the interrogation of Inspector General Ferdy Sambo (FS) as suspect in a premeditated murder case of his aide the camp, Brigadier J.(KOMPAS.com/SINGGIH WIRYONO)

Hutabarat, known as Brigadier J, died on July 8, 2022, at the official residence of Sambo, though the police only divulged details of the incident on July 11.

The police had initially said that J was killed by another police officer in a shootout at Sambo’s home, as he had attempted to sexually assault Sambo’s wife.

The case triggered suspicion and uproar nationally, as J not only suffered from multiple gunshot wounds but also bruises and cuts over his body.

Later, on Aug. 9, Chief of the Indonesian Police Listyo Sigit Prabowo had stated during a press conference that no shootout occurred and that Sambo had created the scenario to cover up the murder.

The police continue to investigate the motive behind the murder that has become a major case drawing the attention of Indonesian people.