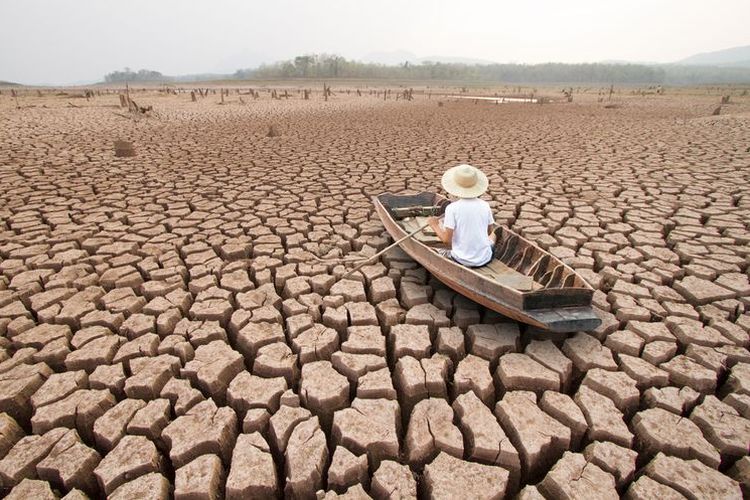 JAKARTA, KOMPAS.com - The Meteorology, Climatology, and Geophysics Agency (BMKG) forecast that the air temperature in all major cities in Indonesia by the end of the 21st century could increase by three degrees Celsius or more.

Head of BMKG Dwikorita Karnawati stated that the projection could come true if Indonesia failed to mitigate the impacts of climate change.

“The BMKG analyzes and projects that the air temperature at the end of the 21st century can increase by three degrees Celsius or more in all major cities in Indonesia if we failed to mitigate (the impacts of) climate change,” State News Antara quoted Karnawati during the 2022 BMKG National Coordination Meeting in Jakarta on Monday, Aug. 8.

She said that climate change had reached a critical condition that would pose a major challenge for Indonesia.

The impact of climate change is apparent from the rate of temperature increase in the last 42 years that had reached an average of 0.02 degrees Celsius to 0.443 degrees Celsius per decade in Indonesia.

Meanwhile, Earth’s global surface temperature had increased by 1.1 degrees Celsius as compared to the average during the pre-industrial times in the 1850-1900 period.

The BMKG also noted the impact of climate change resulted in warmer sea surface temperatures in the Indonesian waters of up to 29 degrees Celsius during moderate La Nina and Tropical Storm Seroja in East Nusa Tenggara, she said.

Besides, the glacier at Jayawijaya Peak in Papua -- based on the results of BMKG’s research -- is currently only about two square kilometers or one percent of its initial area of about 200 square kilometers.