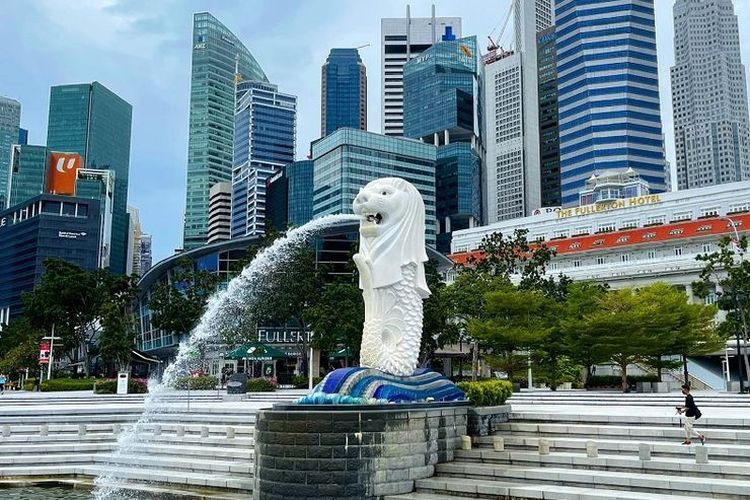 Lihat Foto
A photo illustrating the Merlion, one of the icons in Singapore. (KOMPAS.com/ERICSSEN)

SINGAPORE, KOMPAS.com - Singapore on Thursday, Aug. 11, narrowed its economic growth forecast this year after the economy contracted in the second quarter compared to the previous three months due to rising inflation and tighter monetary policies, the government said.

Moves by central banks worldwide to tighten borrowing costs to deal with rocketing prices have weighed down on global demand for Singapore’s exports, with the government painting a grim picture for the rest of the year.

Economists often see the performance of the city state’s open, trade-driven economy as a barometer for global trading activity.

Singapore’s economy is now projected to expand by 3.0 to 4.0 percent this year, trimmed from a 3.0 to 5.0 forecast earlier, the trade ministry said in a statement.

The economy grew by 4.4 percent year-on-year in the second quarter to June, faster than the 3.8 percent growth recorded in the previous quarter, it said.

But compared to the previous three months, the economy contracted by 0.2 percent, reversing the 0.8 percent expansion in the first quarter.

“Since May, the global economic environment has deteriorated further,” the ministry said.

“Stronger than expected inflationary pressures and the more aggressive tightening of monetary policy in response are expected to weigh on growth in major advanced economies such as the US and Eurozone.”

China, a key market for global exports, “continues to grapple with a deepening property market downturn and recurring domestic Covid-19 outbreaks”, it said.