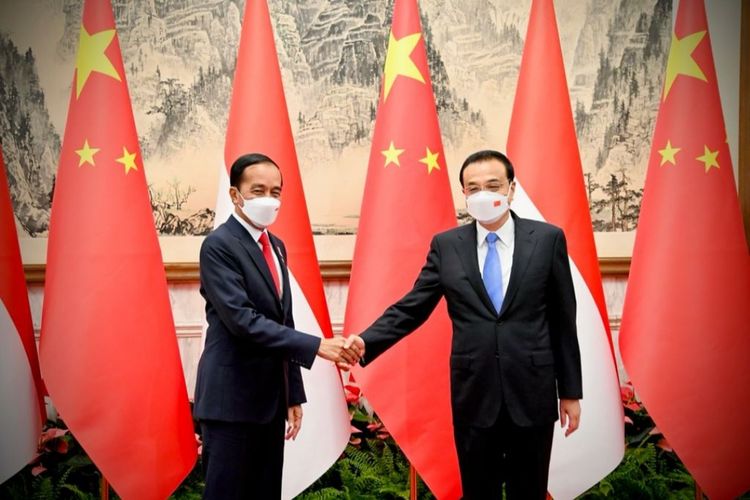 JAKARTA, KOMPAS.com – China has expressed its commitment to increase the Indonesian crude palm oil imports by one million tons, said a statement by the Presidential Secretariat on Tuesday, July 26.

This was among the bilateral issues discussed by China’s Prime Minister Li Keqiang and Indonesia’s President Joko “Jokowi” Widodo during the latter’s visit to Beijing.

“During the meeting, China has committed to increasing its crude palm oil imports by one million tons from Indonesia,” the statement said.

Jokowi, who holds the rotating chair of the G20, left for Beijing on Monday, July 25, to meet Li and China’s President Xi Jinping. The Indonesian President is also scheduled to hold talks with Japanese Prime Minister Fumio Kishida in Tokyo on Wednesday and South Korean President Yoon Suk Yeol in Seoul on Thursday.

The four countries are all members of the Group of Twenty (G20) forum of major economies.
Besides, China will also prioritize the imports of agricultural products from Indonesia.
At the bilateral meeting, the two leaders also touched on the development of Green Industrial Park in North Kalimantan.

During his remarks, President Jokowi said that China is a strategic partner for Indonesia and both countries have filled the partnership with mutually beneficial cooperation.

“I hope we can discuss various cooperation, especially in the fields of trade, investment, infrastructure, finance, funding, and maritime,” said Jokowi.

Jokowi hoped that the trade value between Indonesia and China, which has exceeded $100 billion, would continue to increase.

“There is an opportunity to expand trading further,” said Jokowi.

During the visit, Jokowi was accompanied by several cabinet ministers.