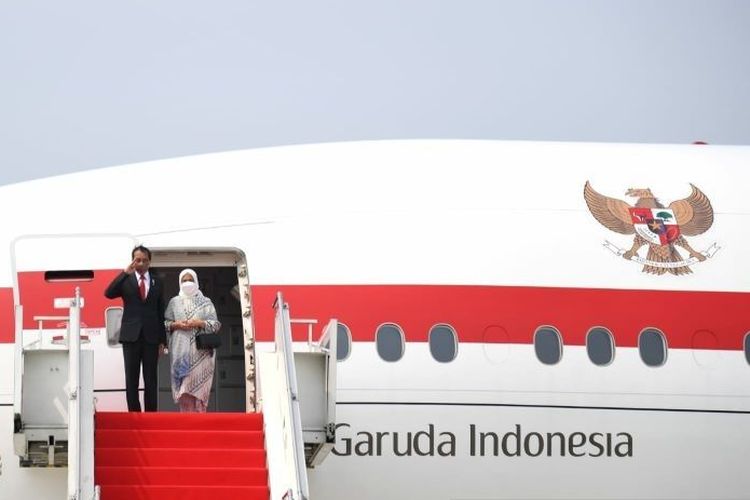 BEIJING, KOMPAS.com - Indonesian President Joko "Jokowi" Widodo was heading to Beijing on Monday, July 25, for a rare visit by a foreign leader under China’s strict Covid-19 protocols and ahead of what could be the first overseas trip by Chinese President Xi Jinping since the start of the pandemic more than two years ago.

Jokowi, host of the Group of 20 summit in mid-November, will meet Xi and Premier Li Keqiang on Tuesday, July 26, and then hold talks with Japanese Prime Minister Fumio Kishida in Tokyo on Wednesday and South Korean President Yoon Suk Yeol in Seoul on Thursday.

China, Japan, South Korea and Indonesia are all members of the G20, a group of 19 major nations and the European Union.

Xi, who has participated in international meetings only by video link during the pandemic, may end his Covid-19 isolation and attend the G20 in person, analysts both inside and outside China said.

“The restrictions during the pandemic years have shrunk China’s diplomatic activities,” said Zhu Feng, dean of the School of International Studies of Nanjing University. “China must face reality. Although the pandemic is still not over, it is a must for China to walk out and invite in.”

His appearance would likely come after his widely expected appointment this fall to a third five-year term as the head of the ruling Communist Party, enabling him to engage with other world leaders from a position of domestic strength.

“I think Xi will go to G20 having secured his third term in office and in a strong political position,” said Bonnie Glaser, the director of the Asia program at the German Marshall Fund of the US.

Widodo is one of the few foreign leaders to visit China during the pandemic and the first since several attended the opening ceremony of the Winter Olympics in Beijing in February, including Russian President Vladimir Putin.

Russia is a member of…