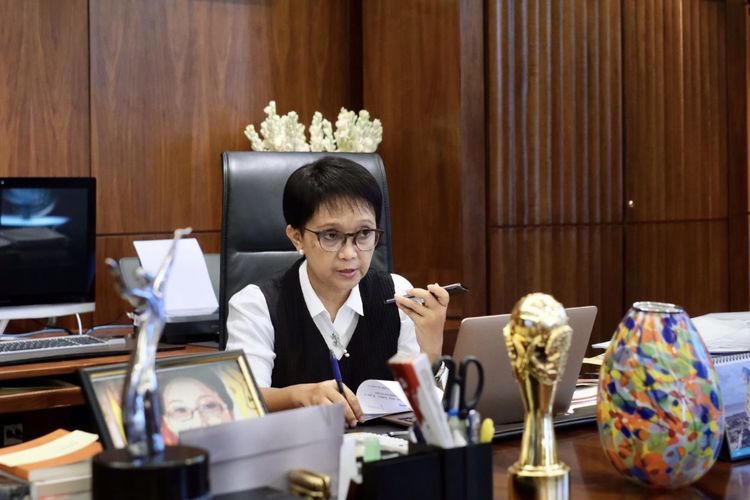 During the discussion, Retno said that Indonesia was ready to send humanitarian assistance to Ukraine.

“Speak on the phone with @DmytroKuleba of Ukraine (26/04). Minister Kuleba talks about the current situation in Ukraine, including humanitarian crisis,” said Retno in the @Menlu_RI Twitter handle on Tuesday, April 26.

“I expressed Indonesia’s readiness to provide humanitarian assistance to the people in Ukraine,” she said.

Both ministers underscored the importance of negotiations to face the crisis in Ukraine. Retno said Indonesia supports a peaceful solution in the Russia-Ukraine conflict.

“Indonesia will give our maximum effort to solve the matter in a peaceful manner through negotiations,” added Retno.

The Russia-Ukraine conflict has been going on for more than two months since February 24. UN Secretary-General Antonio Guterres was in Moscow on Tuesday to meet Putin in person. Elsewhere, defense ministers from 40 countries were also in discussions regarding the plan to supply Ukraine with weapons.