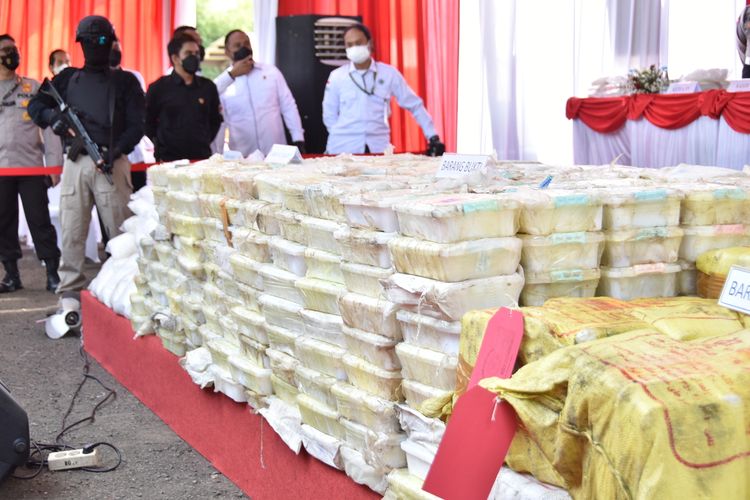 Indonesian Police Chief General Listyo Sigit Prabowo confirmed that five suspects have been arrested and 1.196 tons of meth have been seized.

The methamphetamine was placed in 66 sacks containing plastic boxes and transported aboard a fishing boat, he added.

If found guilty, the suspects could face a maximum penalty of death sentence under Law No. 35/2002 on narcotics.

Previously, the Narcotics Crime Investigation Unit of the West Java Police on March 16 foiled an attempt to distribute methamphetamine in the Parigi Sub-district of Pangandaran District.

The illicit drugs were found in sacks hidden in a fishing boat.

The drug consignment was allegedly transferred through the southern coast of West Java.