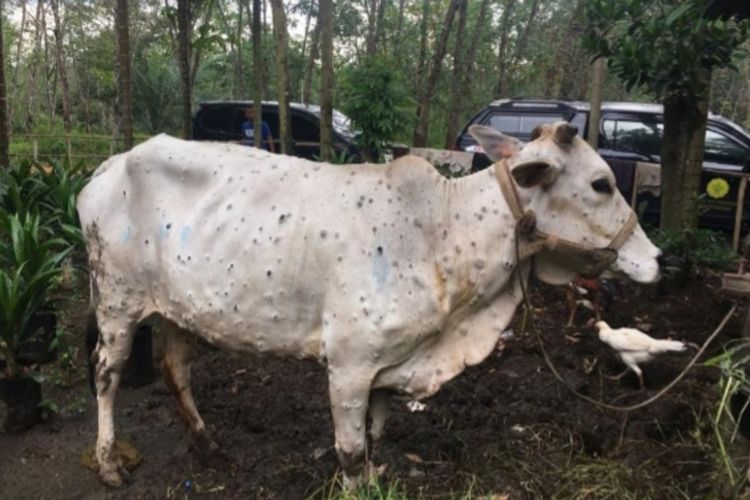 KOMPAS.com – Australia’s chief vet is on his way to Indonesia as the country grapples with an outbreak of lumpy skin disease, ABC Australia reported.

The viral disease is carried by biting insects like mosquitoes and causes skin lesions, fever, loss of appetite, decreased milk production, and can lead to death in cattle and buffalo.

“I'll be meeting with officials to discuss our cooperation with Indonesia on the lumpy skin disease outbreak in Riau province,” Chief Veterinary Officer Mark Schipp said in his Twitter account on Wednesday, March 23.

Schipp said protecting Australia from the disease was vital.

“An outbreak here would have serious trade impacts across the live animal trade, for exporters of dairy products, genetic materials, hides, and some meat products in addition to animal welfare issues and significant production losses,” he said.

Indonesia-based veterinarian Ross Ainsworth said it would be “catastrophic” if the disease reached northern Australia.

He said the outbreak in Indonesia was the “most serious threat to the Australian cattle herd” he had witnessed in decades.

“This is transmitted by biting insects, so the biosecurity measures that have been effective for many other diseases, for generations, just aren't able to protect us from this,” he told ABC Rural.

“We’ve had other viruses come…