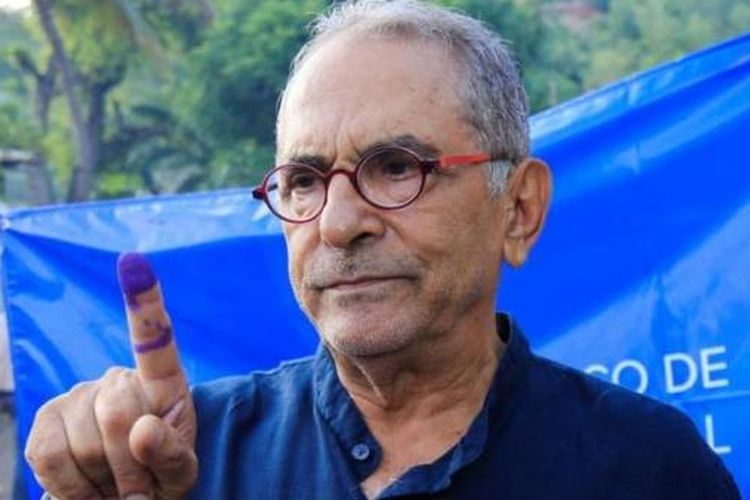 KOMPAS.com - Nobel laureate Jose Ramos-Horta secured a commanding lead in Timor-Leste’s presidential poll at the weekend with two-thirds of the vote counted, but with the possibility of a second-round if no candidate secures a majority.

Asia’s youngest nation held its fifth presidential election since independence from Indonesia in 2002, with resistance figure Ramos-Horta leading with 45.7 percent after 64 percent of the votes had been counted, data from the country’s election administration body showed.

The next closest candidate was the incumbent president and former guerrilla fighter Fransisco “Lu Olo” Guterres, with 22.5 percent.

A more definitive picture of the results is expected later on Monday, but if no candidate secures more than 50 percent of votes, the poll will proceed to a runoff on April 19 between the top two contenders.

Speaking in the capital, Dili, on Sunday, March 20 Ramos-Horta said he was confident of an early victory.

“My election in the first round...will in fact cause a political earthquake in the national parliament, that will cause a disintegration of current alliances,” he said.

The 72-year-old, who previously served as president from 2007 to 2012, said last week that he felt compelled to run again after he deemed actions by the incumbent president had violated the constitution.

In Timor-Leste, the president is responsible for appointing the government and also has the power to veto ministers and dissolve parliament.

In 2018, incumbent president Guterres refused to swear in seven ministers on the grounds of judicial inquiries into their alleged misconduct, a move that has sparked an ongoing political stalemate.

Nearing twenty years since Timor-Leste gained independence from Indonesia, an oil and gas-dependent nation of 1.3 million, has struggled with political stability and development.

Jokowi, Xi Jinping Scheduled to Witness...
Comments
There are no comments
Comment wisely and responsibly. Comments are entirely the responsibility of the commentator as regulated in the ITE Law
Thank You! We have received your report. We will remove comments that conflict with the Community Guidelines and the ITE Law.

Marcos Jr. Election Lead Raises the Stakes for Democracy in the Philippines

The Big Three: Solving the GOAT Matrix in Men’s Tennis (Part I)