The President, who is popularly known as Jokowi, said that the land border crossing was built with complete facilities including commercial buildings, public facilities, staff houses, places of worship, markets, pedestrian lanes, and parking areas.

Jokowi expressed hope that the Sota checkpoint will provide better services to residents crossing the Indonesia-Papua New Guinea border and enhance security in the border town of Sota.

“This also aims to promote new economic centers and instill in the people a love and pride for our country Indonesia,” Jokowi said in a televised message.

He said the border area is the gateway to Indonesia. Therefore, the development of towns in border areas must continue as they represent the progress of the country. The head of state had also ordered the construction of other border crossings throughout the country in the last seven years.

“This new look and most importantly the new and better services reflect our commitment to developing Indonesia in the border areas,” said the President. 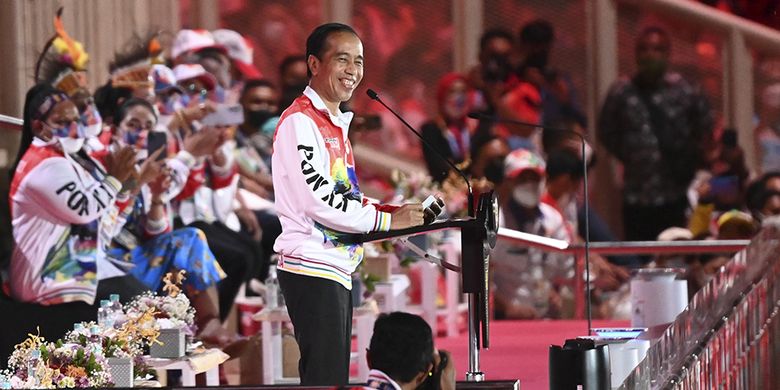 Also present during the ceremony were House of Representatives Speaker Puan Maharani, Home Affairs Minister Tito Karnavian, and Public Works and Housing Minister Basuki Hadimuljono. The ceremony took place after the President and his officials attended the opening of the 20th national games (PON) in Papua and another infrastructure project in Mopah Airport in Merauke.

From 2020 to 2021, the Public Works and Housing Ministry through its Cipta Karya directorate general received a mandate to build 11 integrated border-cross posts in the country worth 2.27 trillion rupiahs ($159 million) following the issuance of Presidential Instruction (Inpres) No. 1/2019 on the acceleration of development of 11 integrated cross-border posts and infrastructures in border areas.