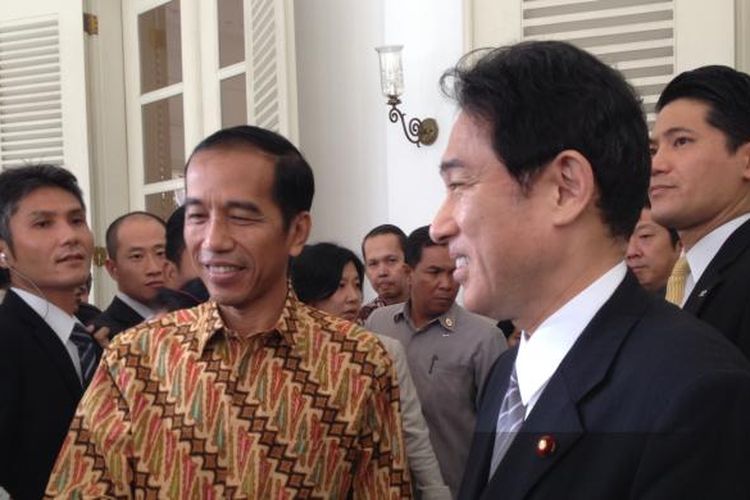 Lihat Foto
A file photo of Fumio Kishida (right), then Japan's Foreign Minister, and Joko Widodo (left), then Jakarta's Governor during a meeting at the City Hall dated Tuesday, August 12, 2014. Kishida will become Japan's 100th prime minister as he is elected as the new leader of the country's ruling Liberal Democratic Party (LDP) on Wednesday, September 29. Parliament will elect him as the nation's prime minister on October 4. (Alsadad Rudi)

He also wants to put…