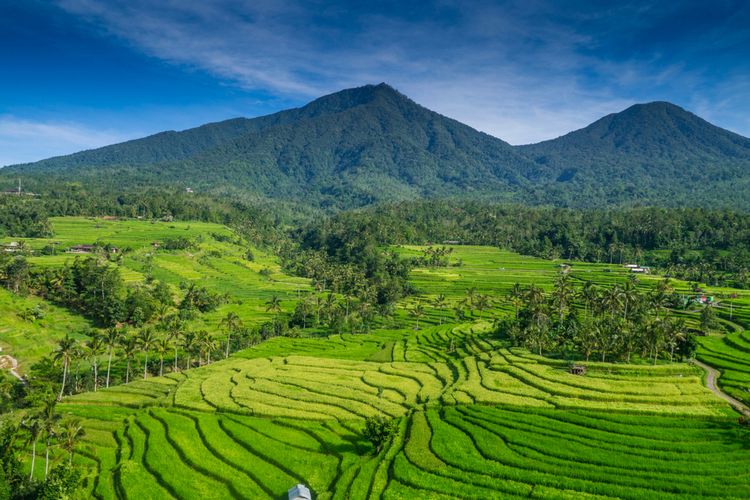 Lihat Foto
An illustration of the Balinese village of Jatiluwih. (SHUTTERSTOCK/MARIO ANDI SUPRIA)

KOMPAS.com – Two Indonesian chefs will be competing in the prestigious grand finale of the world chef championship Bocuse d’Or from September 26-27 in Lyon, France.

The duo, Mandif Warokka and Muhammad Lutfi Nugraha, will introduce the theme “Layers of Indonesia” by featuring the Balinese village of Jatiluwih, which symbolizes Indonesia’s culinary wealth during the cooking contest which comprises 24 teams such as from Europe, Asia-Pacific, Africa, and the Americas.

Chef Mandif said that the cooking contest is a golden opportunity for the Indonesian chefs to prove themselves and compete with other world-class chefs.

“In this competition, we want to show the quality and diversity of Indonesian flavors as Indonesia is blessed with natural wealth from sea to land. This is what we want to promote in the presentation of our cuisine,” said Chef Mandif in a statement on Tuesday, August 31.

“The judges and participants can see Indonesia through our cuisine,” he added.

During the contest, the very best chefs of the world will also be judged based on how they handle the waste, in particular their ability to use all the ingredients provided.

“If we have 70 pieces of prawns, then all parts from head to tail must be used. We must try not to waste anything,” said Chef Mandif.

The participation of the Indonesian chefs in the world’s cooking contest has been supported by the Tourism and Creative Economy Ministry and PT Time International in the form of cooking utensils, promotion materials, as well as travel and accommodation expenses while in France.

Covid-19 Restrictions Extended by Another Week in Java, Bali