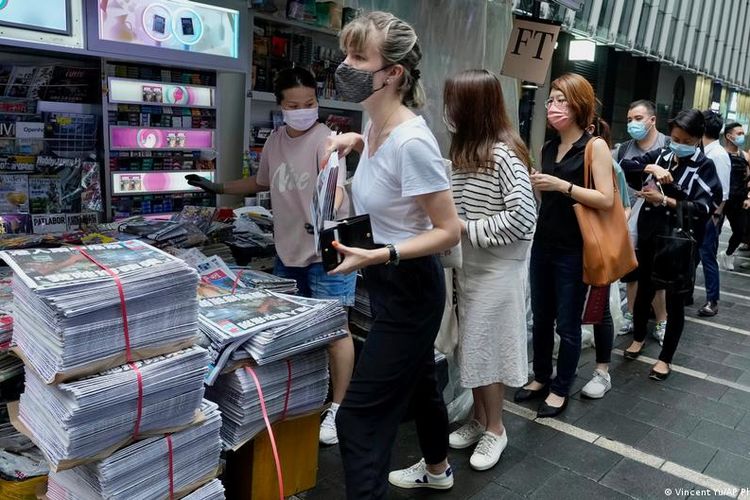 KOMPAS.com - Hundreds of Hong Kongers lined up on Thursday to snag the last print edition of pro-democracy newspaper Apple Daily.

In its final edition, wrapping up a 26-year run, the tabloid said it was a "victim of tyranny."

The final edition of 1 million copies, up from the usual 80,000, was sold out by the morning. The newspaper said it would cease operations after police froze $2.3 million (€1.9 million) in assets, searched its office and arrested five top editors and executives last week.

The outlet had became increasingly outspoken in recent years, earning the ire and attention of authorities.

Apple Daily routinely criticized Chinese and Hong Kong officials for limiting the city's freedoms not found in mainland China, and accused them of not following a promise to protect the semi-autonomous territory for 50 years after the 1997 handover from Britain.

Focus on the paper increased after a wave of massive protests took hold in 2019, in response to a law that would allow extraditions to mainland China.

While the implementation of the extradition law was shelved, protesters continued to take to the streets demanding more security for Hong Kong's autonomy.