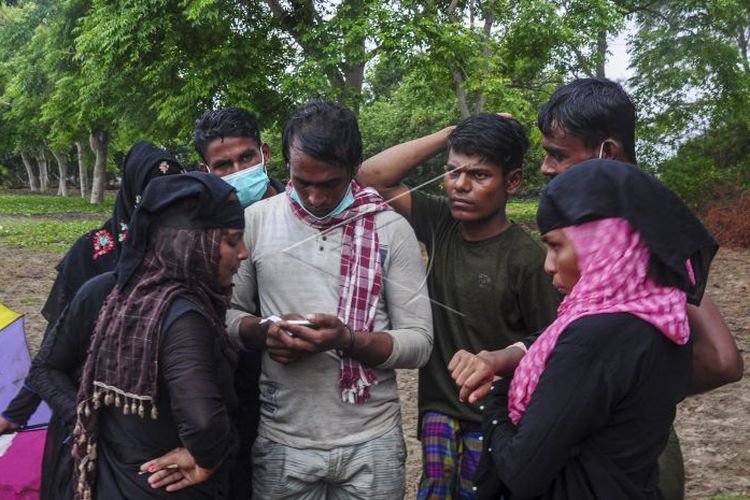 Indian authorities provided food and essential supplies to survivors but refused to let them set foot on their shores. Bangladesh, too, denied re-entry to 81 survivors.

The Rohingya are a minority group, most of whom are denied citizenship by Buddhist-majority Myanmar, which considers them illegal immigrants from Bangladesh.

More than 1 million Rohingya refugees from Myanmar are living in teeming camps in Bangladesh, including tens of thousands who fled after Myanmar's military conducted a deadly crackdown in 2017.

Human traffickers often lure Rohingya refugees, persuading them to travel on rickety vessels with the promise of work in Southeast Asian countries like Malaysia.