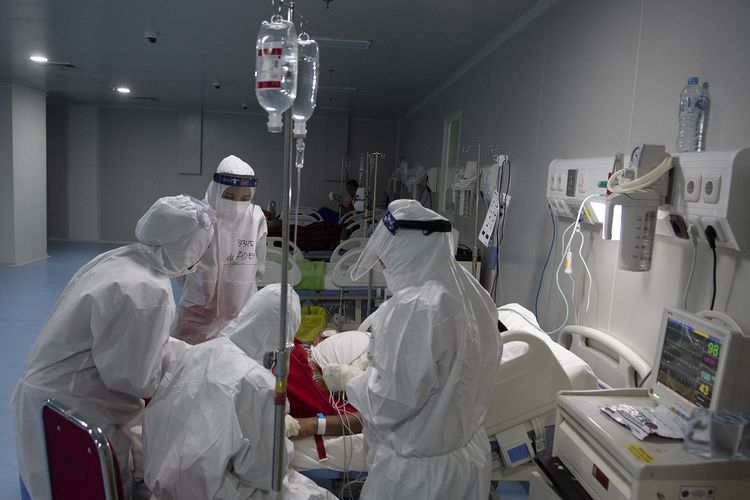 "Now there are 2,148 patients and the number continues to grow. Yesterday [Tuesday] 311 patients were admitted to the hospital in only one day, it's very high," said Arifin on Wednesday, June 2.

According to Arifin, the increasing number of patients is related to the impact of the recent Islamic holiday.

"After the annual Eid al-Fitr homecoming, the number of patients in health centers starts to climb and the majority of patients’ symptoms are mild," said Arifin.

The occupancy rate of Wisma Atlet Hospital has now reached 35.84 percent. Of the 5,994 available beds, more than a quarter are occupied.

"The occupancy is 35.84 percent. It means that more than 60 percent of the rooms are still available," he added.

Previously, it was reported that the increase in the number of patients at the Wisma Atlet Hospital reached 100 percent in less than two weeks.

Indonesia's Daily Covid-19 Cases Approach 10...
Comments
There are no comments
Comment wisely and responsibly. Comments are entirely the responsibility of the commentator as regulated in the ITE Law
Thank You! We have received your report. We will remove comments that conflict with the Community Guidelines and the ITE Law.