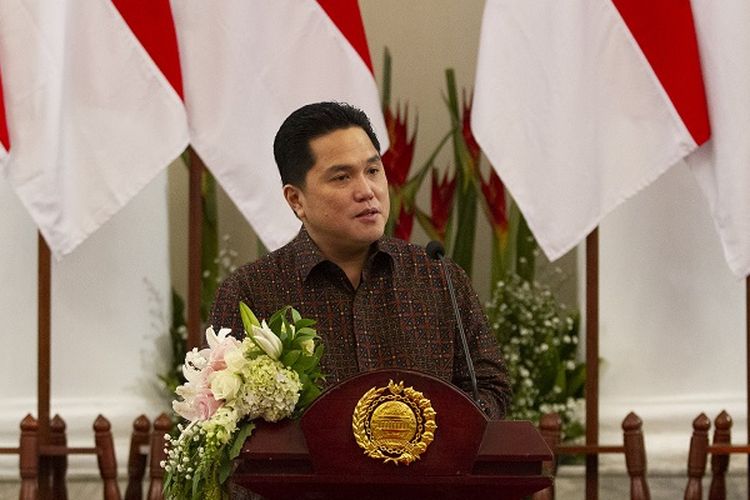 KOMPAS.com – Private companies in Indonesia start the vaccination program called Gotong Royong (mutual cooperation) jabs for their employees on Monday, May 17 to curb the spread of Covid-19 and achieve herd community in the country.

Meanwhile, the Indonesian Minister of State-Owned Enterprises Erick Thohir has recently ousted the directors of Kimia Farma Diagnostika (KFD), a subsidiary of the Kimia Farma state-owned pharmaceutical company. The move came less than a month after police in North Sumatra province arrested five KFD employees at the end of April for reusing old rapid test kits in a racket dating to December 2020.

Private companies in Indonesia start the vaccination program called Gotong Royong (mutual cooperation) jabs for their employees on Monday, May 17 to curb the spread of Covid-19 and achieve herd community in the country.

Based on the Health Ministerial Regulation (Permenkes) No. 10/2021, the cost of acquiring the vaccines will be borne by the employers, while the vaccine will be administered to the employees at no cost.

“We will first use the Sinopharm vaccine for the Gotong Royong vaccination program,” Honesti told Kompas.com on Sunday, May 16.

“According to the plan, we will use the CanSino vaccine as well,” he added. According to its procedures, the Sinopharm vaccine also requires two doses given 21-28 days apart. Under the scheme, the vaccine recipients will get the same type of vaccine at their first and second jabs. Both Tokopedia and Gojek made the much-anticipated announcement in a video posted on their official YouTube account respectively. Gojek CEO Andre Soelistyo will be CEO of the GoTo group, while Patrick Cao will become GoTo’s president.

Meanwhile, Kevin Aluwi will continue to serve as Gojek CEO and William remains at his post as Tokopedia CEO. “Today marks a historic day [for both companies] with the formation of GoTo Group and this also marks the next phase of growth for Gojek, Tokopedia, and GoTo Financial,” said Andre in a statement on Monday, May 17.

According to GoTo, as of December 2020, the group has a registered driver fleet of more than two million, more than 11 million merchants, and over 100 million monthly active users.
Their combined past valuation was $18 billion based on fundraising held in 2019 and early 2020. GoTo recorded a total Gross Transaction Value (GTV) of more than $22 billion in 2020.

The company is backed by many big investors such as Alibaba Group Holding Ltd., Astra International, Facebook, Google, KKR, Visa, Telkomsel as well as Tencent and Temasek. The move came less than a month after police in North Sumatra province arrested five Kimia Farma Diagnostika employees at the end of April for reusing old rapid test kits in a racket dating to December 2020.

Erick decided to give KFD President-Director Adil Fadila Bulqini and General Finances as well as Human Resources Director Ilham Sabariman their marching orders, on grounds that the scandal undermined public confidence in the government.

“We deemed that KFD has strayed from core values of state-owned enterprises, namely serve, protect and work for the common good. Regardless of the individual or their standing, they are free to try another line of work,” he said in a press release on Monday, May 17.

Erick also informed that an independent team of auditors is going through the books of all labs under Kimia Farma, including Kimia Farma Diagnostika.

Police in the Indonesian province of North Sumatra arrested the five people behind the Kimia Farma Diagnostika rapid test kits ring in an undercover sting at the province’s Kualanamu Airport on April 27. 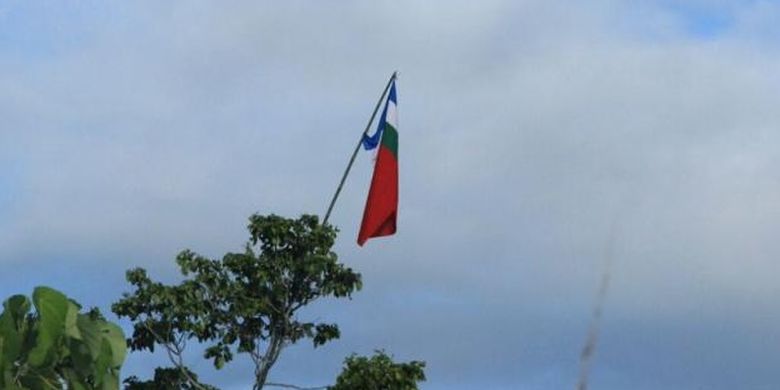 Kompas/Frans Pati Herin The flag of the South Maluku Republic (RMS) was raised in the Halong area, Ambon City, Maluku, Monday, April 25, 2016. The raising was allegedly related to the RMS anniversary, which is commemorated every April 25.

Both of them, who were arrested on Saturday, May 15, at 10 am local time, are now detained at the local police's detention center.

The arrest took place after the authority obtained information from the community police officer in Negeri Ulath. The flags were hoisted in front of residents' houses twice. Two flags were hung on the mango tree behind Ape Manuputty's house at 2:30 am, while the other two flags were flown in front of the house of the Secretary of Negeri Ulath, Wempy Telehala, at 9:55 am.