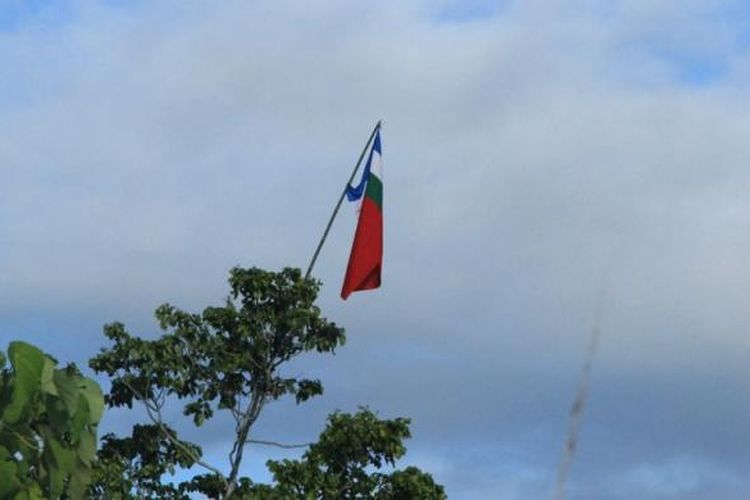 Lihat Foto
The flag of the South Maluku Republic (RMS) was raised in the Halong area, Ambon City, Maluku, Monday, April 25, 2016. The raising was allegedly related to the RMS anniversary, which is commemorated every April 25.(Kompas/Frans Pati Herin)

Two sympathizers identified by the initial AP, 32, and ML, 43, are farmers in Negeri Ulath. Both of them, who were arrested on Saturday, May 15, at 10 am local time, are now detained at the local police's detention center.

The arrest took place after the authority obtained information from the community police officer in Negeri Ulath.

The flags were hoisted in front of residents' houses twice. Two flags were hung on the mango tree behind Ape Manuputty's house at 2:30 am, while the other two flags were flown in front of the house of the Secretary of Negeri Ulath, Wempy Telehala, at 9:55 am.