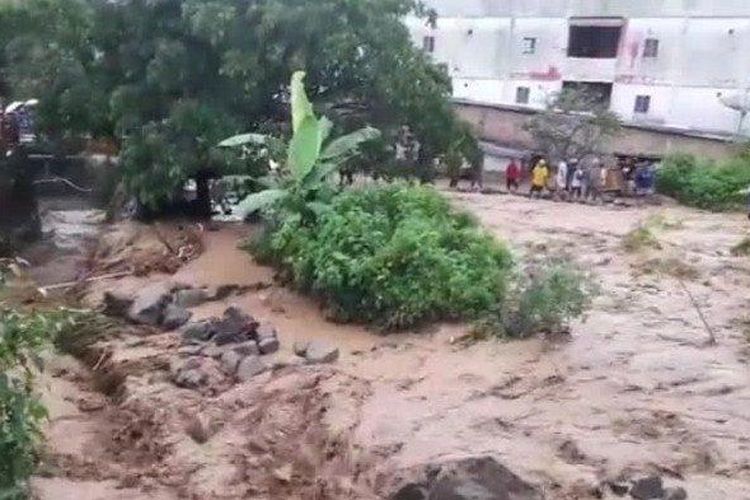 Tribun-medan.com/ ISTFloods that were triggered by heavy rain hit a tourist destination in Parapat, Simalungun regency in Indonesia?s North Sumatera province on Thursday, May 13.

KOMPAS.com – Floods that were triggered by heavy rain hit a small town of Parapat, Simalungun regency in Indonesia’s North Sumatera province on Thursday, May 13.

Some villages along the Siantar-Parapat Trans-Sumatera roads were not only inundated by floodwaters but also covered by mud after landslides hit the areas, which paralyzed traffic on several streets.

“Currently, it is being handled by our police members. I am on my way to the scene. The roads in the affected areas are temporarily closed as they are prone to landslides,” Tribun Medan quoted Agus as saying on Thursday.

The floods occurred at 3:30 pm local time on a public holiday as the Muslim community celebrate the Eid al-Fitr. Motorists were stuck on the roads, trying to turn back. Some vehicles were swept away by the floods when passing Sisingamangaraja Street in the Parapat subdistrict.

A small river that connects to Lake Toba, a popular tourist destination in North Sumatera, overflowed and the water passed over the bridge. Sisingamangaraja-Parapat Street was then also flooded.