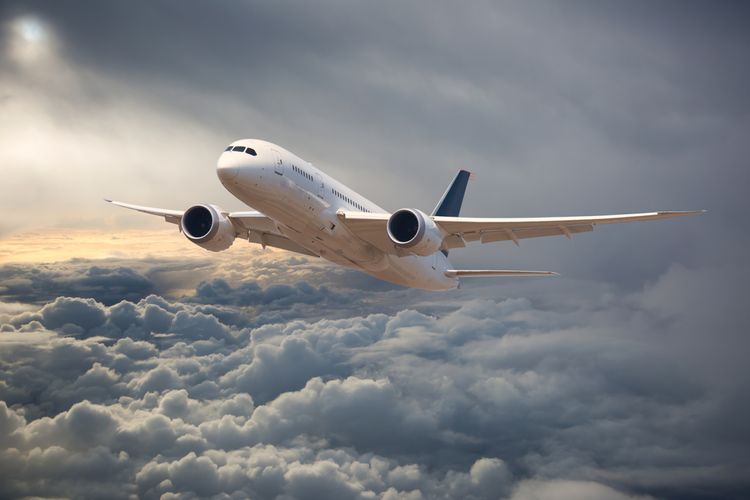 Lihat Foto
Modern passenger plane in flight. Aircraft flies on a high altitude over the storm clouds during the sunset. Aircraft front view.(SHUTTERSTOCK/Skycolors)

TANGERANG, KOMPAS.com – Indonesian Minister of Transportation Budi Karya Sumadi has announced that the government will temporarily ban chartered flights from overseas for the duration of the Islamic Eid al-Fitr or Idul Fitri holiday.

“The Ministry of Transportation will curtail chartered flights until May 17, 2021,” he said at Soekarno-Hatta International Airport’s Terminal 3 on Tuesday. “We will determine if the policy is still needed from May 18 onwards. ”

Covid-19 Task Force spokesman Wiku Adisasmito confirmed the move. “The ban [on chartered flights] was applied to prevent the movement of travelers from overseas and any Covid-19 strains that they carry from making its way to Indonesia,” he said.

“This includes [Indonesian] migrant workers returning from their work overseas. I urge them to delay their return [to Indonesia] until further notice.” He also reminded customs officials, security forces and other personnel to tighten security at Indonesia’s borders.

“Officials are required to screen and quarantine Indonesian or foreign nationals alike who just arrived in Indonesia,” Wiku added.

"Preventing [Covid-19] cases from overseas who will bring new coronavirus mutations with them plays a major role in keeping Indonesia secure,"

The policy came hours after a Lion Air chartered flight brought Chinese nationals to work on a number of projects in Indonesia.

Aside from the Chinese workers,…