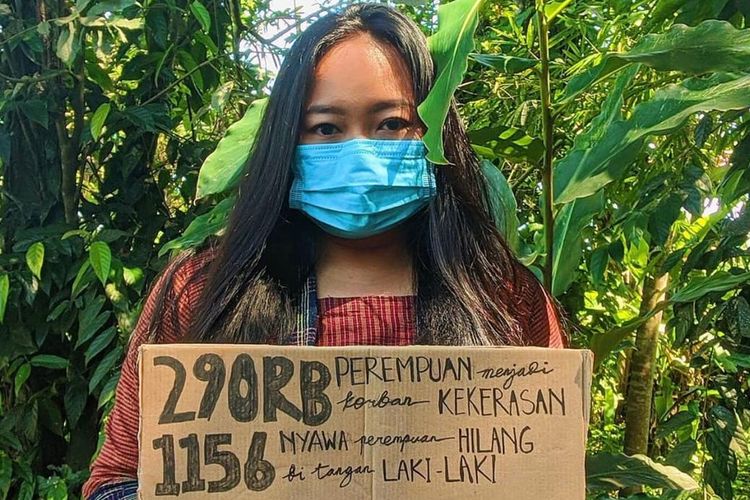 JAKARTA, KOMPAS.com - The position of women in the transformation era of Indonesia is still considered problematic. Women would sometimes still face pressure to surrender their ambitions and identities to the rigors of the suburban hearth and home. But Anindya Restuviani or Vivi’s view is always broader.

Vivi’s childhood was not the worst case for a survivor of gender-based discrimination. She was raised in Semarang, Central Java within the sphere of double privileged families, being a Muslim and a Javanese. Her late father was also an activist, making the whole family fully aware of gender issues.

Her first letdown might have come from her grandmother. She was a teacher, which sounds like a profession that is aware of the importance of education. In truth, she held or perpetuated biased perceptions of educational discrepancies for males and females.

“‘You don’t have to get your education way too high or no man's going to marry you,’” said Vivi, recalling her grandmother talking to her.

In middle school, Vivi spent six years in an Islamic boarding school. There, as a female student, she had trouble with certain educational facilities.

“Since then, I knew there was something wrong with the world but that it was not yet my true calling until I furthered my studies in a university where I encountered and looked deeper to more gender issues,” Vivi said.

“That was when I decided to work for gender equality. Things that I saw outside my comfort bubbles definitely affected me, but there was also something personal that drove me.”

Since then, Vivi has been proud to call herself a feminist. She became the project director of Jakarta Feminist, an organization that fights for the fulfillment and protection of the rights of women and other marginalized groups based and the committee behind the Women's March Jakarta (2017-2021) and the Feminist Fest (2017 and 2019).

Protects women when the law won’t

Legal barriers in some key areas, however, coupled with a patriarchal culture and religious conservatism, continue to prevent Indonesian girls and women from fulfilling their rights.