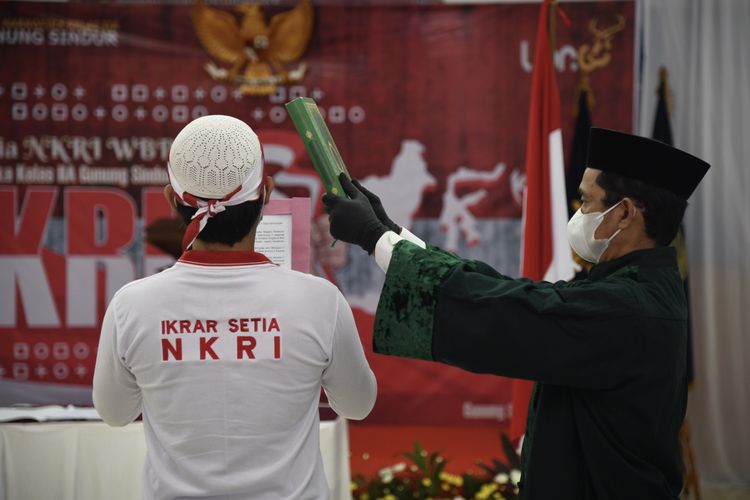 "Hopefully this will be the beginning to pave the way for the convicts to return to society. We hope that the public can accept the return of the terrorism convicts,” said Sudjonggo.

The ceremony began with the oath reading, signing, and kissing the national flag.

Also in attendance were representatives of the Indonesian anti-terror police from Detachment 88 (Densus 88), the State Intelligence Agency (BIN), the National Counterterrorism Agency (BNPT), and the local police.

Sudjonggo emphasized that the pledge of allegiance to the country was carried out by the convicts consciously and without coercion. Prisons and related institutions, he said, did not force those who are still reluctant to do so.

Of the total 56 convicted terrorists at the Gunung Sindur Prison, 22 others have not pledged allegiance to the country.

All convicts who took the oath came from various terrorist networks in Indonesia, such as Jamaah Ansharut Daulah (JAD), and Islamic State supporters. They served a sentence at the Gunung Sindur Prison with various prison terms.